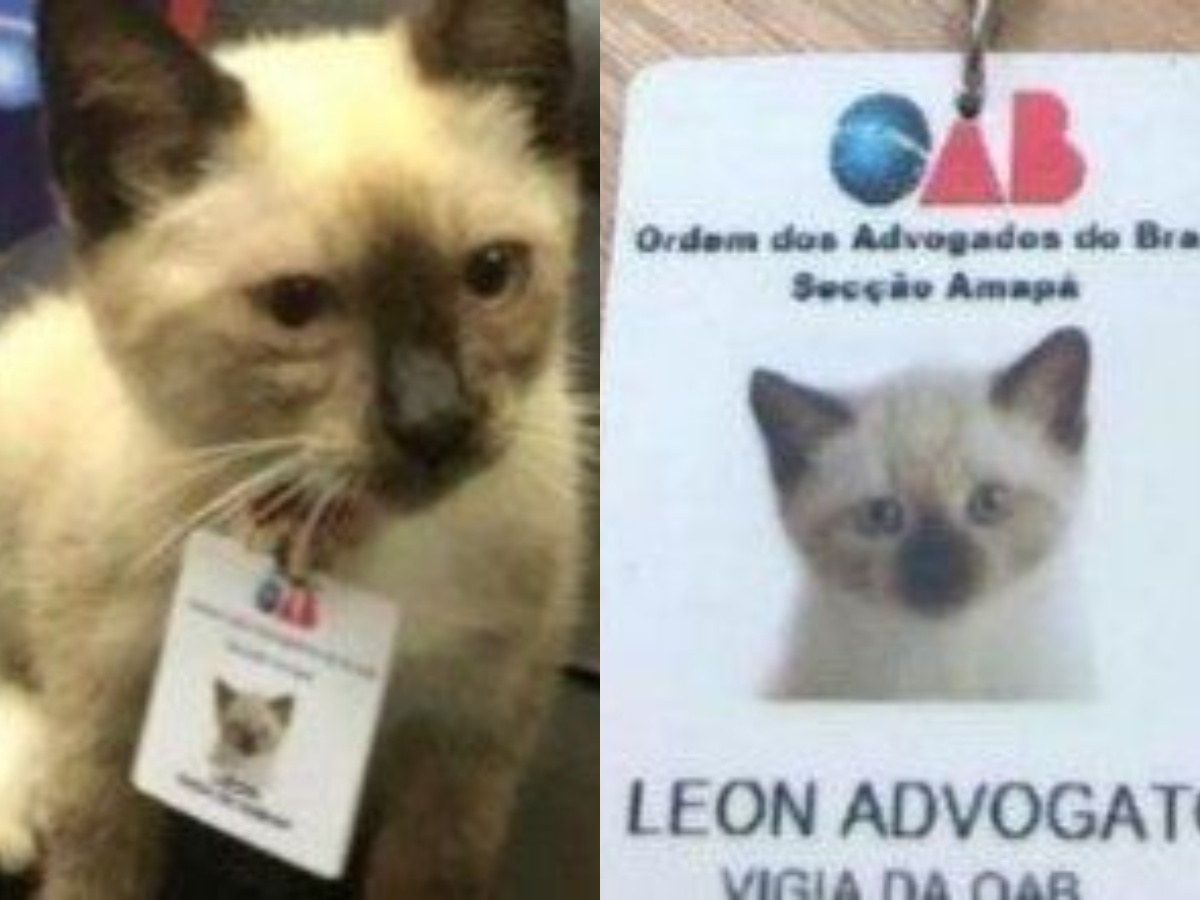 The story is about how one kitten in the city of Brazil found a home and a job in a law office. It was in February, it was raining cold outside and the kitten ran into the Brazilian lawyers’ building to keep warm. 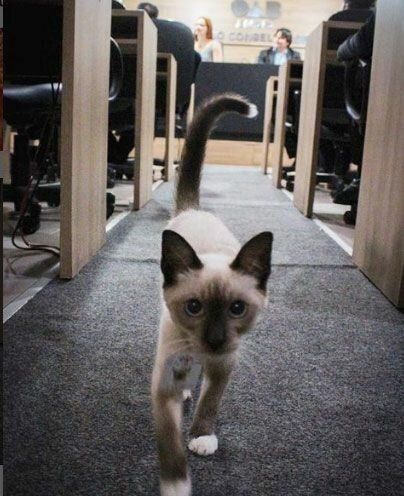 At this moment, negotiations were just underway and the kitten hid in a secluded place, after everything was over, the kitten was noticed and surprisingly, they did not chase him back to the street. Seeing that the kitten was all wet, they found a towel in the office, which immediately dried it, then fed and watered. On the first day, the kitten did not become arrogant and left the building himself, but he also really liked how he was taken care of and therefore every day he came again for a portion of attention and food. A week later, the kitten decided to settle in the office of lawyers. Kotik was very friendly and when clients came to consult a lawyer, he approached the clients and showed his attention to them. There were clients who were clearly not fans of cats and they were unhappy that the kitten prevented them from consulting with a specialist.

Then it was decided to make the cat an employee of the law office. Colleagues made a badge for Leon (as they called the kitten) so that people would no longer express their discontent. 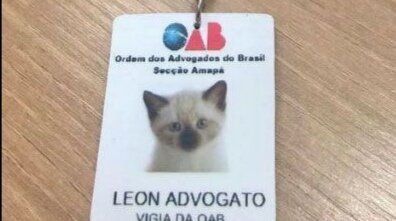 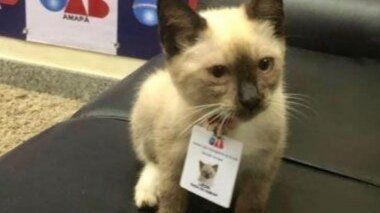 The employment relationship was formalized by a contract, where Leon put his paw as a signature. This news was learned by the press of Brazil, which spread information to all sources, after that the customers in this company became much more. They came with the words that if you help animals so graciously, then we can trust you.

And here is a photo of a grown up Leon: 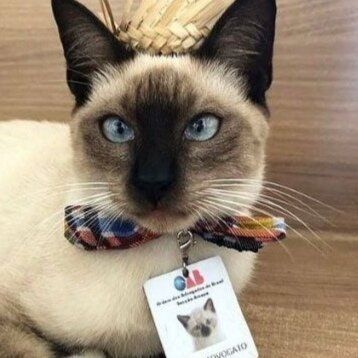 Leon grew up and became a very elegant and brutal cat, from which it was impossible to tear his eyes away.

Thus, Leon found a home and a job.