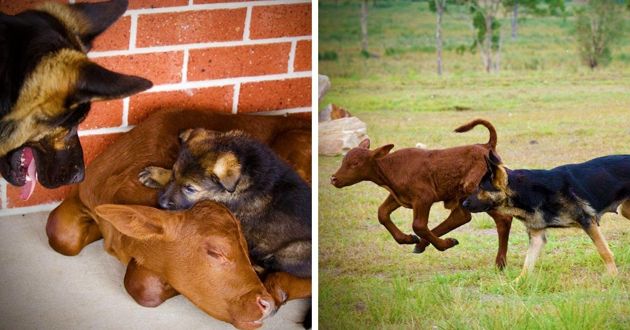 A married couple from Australia sheltered a newborn bull, which by the will of fate was left without a mother. In their family at that time lived a two-year-old German shepherd named Bada, who had 11 puppies. And the bull was settled next door to the dog family.

The new resident was given a nickname – Buddy. The dog from the very beginning was very friendly to the new tenant. A few days later, the calf spent all its time with the puppies and their mother, taking the place of the 12th puppy. 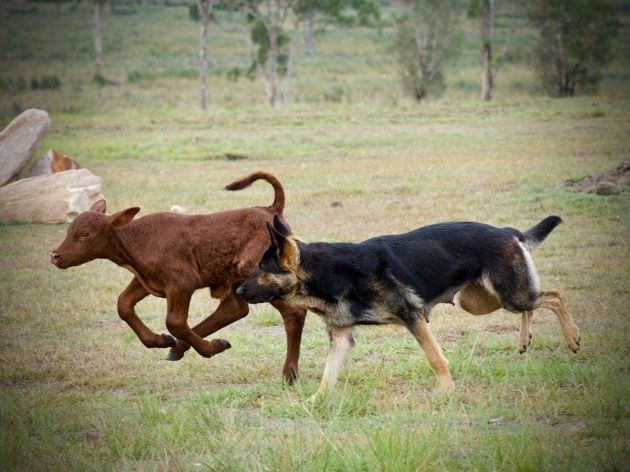 Bada took complete control of Buddy and surrounded him with her motherly care. She licked the calf as well as her children, frolicked with him in the meadow, and he, in turn, behaved like a real dog.

The owners began to notice that Buddy had formed the same habits as the puppies. He amusingly wagged his tail, preferring to spend time next to the owners on the veranda, rather than in the shade of trees, as his other relatives usually do. 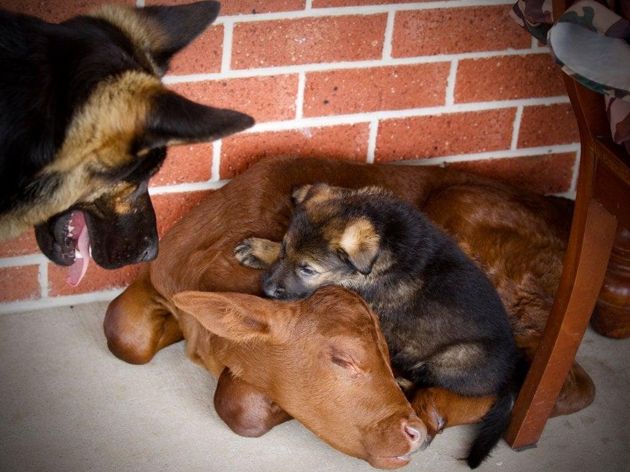 In short, the calf probably considers itself an ordinary dog and behaves in the same way. With the exception of feed – he drinks about 5 liters of milk a day and gains weight well.

Buddy’s owners say they don’t see it as potential meat. He is, and will always be their friend, pet, and family member. Even when its weight reaches about 600 kg!