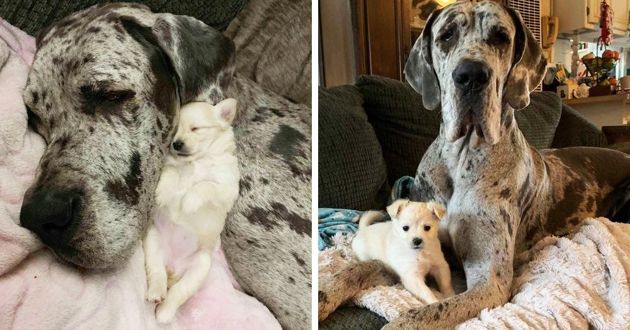 Even the ancient Greek philosopher Aristotle said: “A friend is one soul living in two bodies” and was undoubtedly right. And no barriers in the form of gender, age or size can interfere with true friendship. 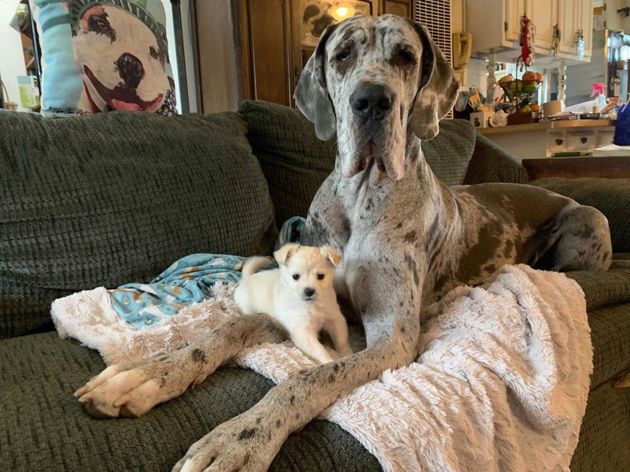 An adult Dog named Shelby and a young Chihuas Bianca literally confirm this statement. Both dogs got into the shelter for homeless dogs Dogwood Animal Rescue and they can hardly be called lucky. 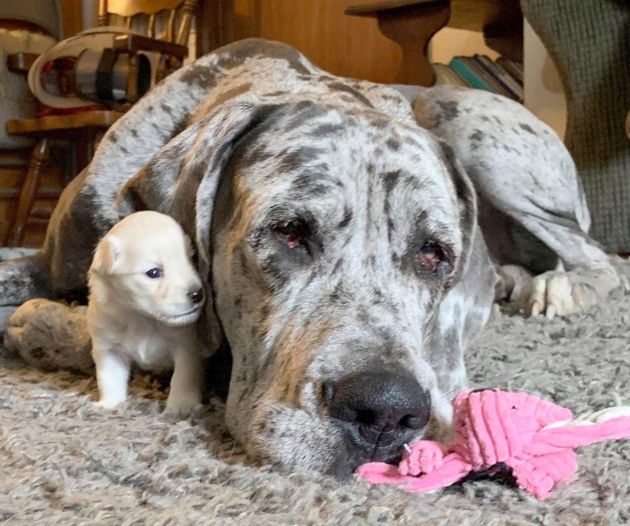 Shelby had been in the shelter for a long time, but she wasn’t very friendly. And when they brought Bianca, for some reason she immediately took the young dog under her care, and she did not mind.

Dogs spend all their time together. They have different ages and completely different characters. Shelby is a calm and measured 53-pound dog. Bianca is a solid hurricane weighing a little more than 1 kg! However, together they are very comfortable. 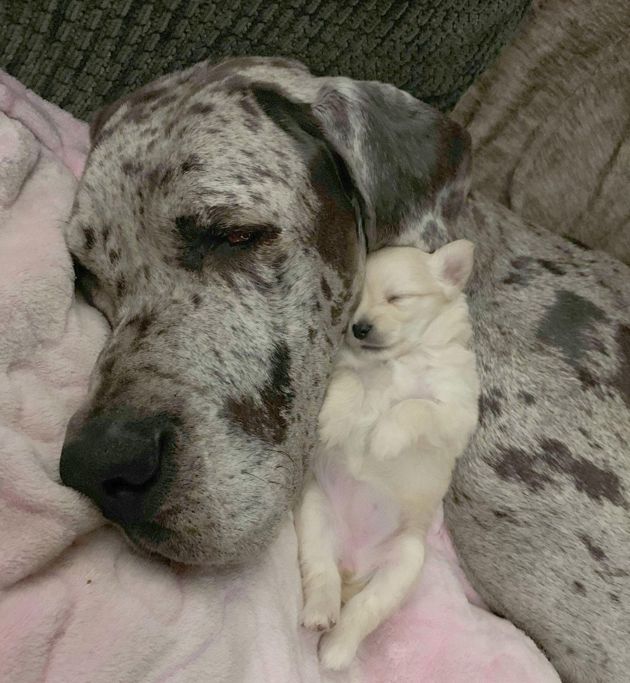 There is a logical explanation for the unusual friendship: Shelby is an absolutely blind dog. And Bianca was left without her mother, who died during childbirth. Apparently on a subconscious level, the dogs felt they could help each other.

The way they play will delight even the harshest person. 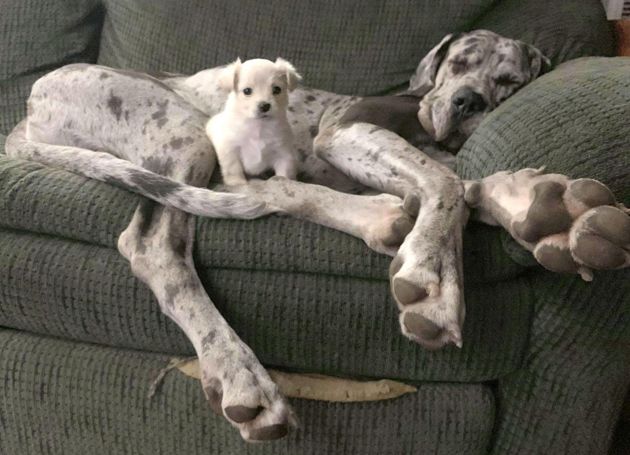 It is a pity that this friendship is not destined to last long. Small dogs are quickly dismantled in shelters and Bianca has already found the intended owners. But the good thing is that during the most difficult time of her life, she had such a big and strong support in the form of her 53-pound girlfriend Shelby.