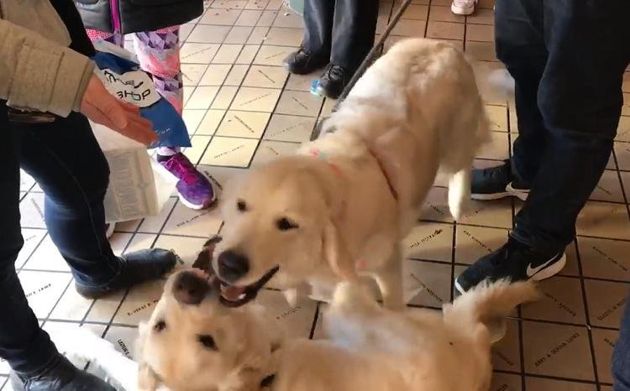 It is believed that with age, animals forget each other, even if there is a consanguinity between them. But stories like this prove that this doesn’t always happen.

This endearing incident occurred in the United States. A woman was walking her dog around the mall. Suddenly, her pet, a golden retriever girl, pulled the leash and happily rushed to meet another, a copy of the same dog. The animals met each other like old acquaintances. A couple of seconds of sniffing, and they were already frolicking and happily playing among themselves. 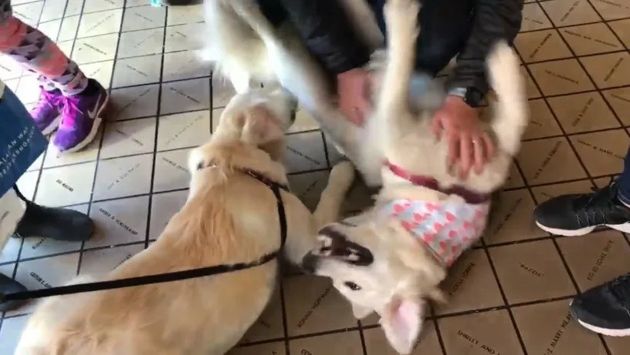 The owners of the second dog were a young married couple. The people didn’t know each other, and it was surprising to them that their dogs greeted each other so warmly.

But soon everything fell into place. After talking, they realized that these dogs were sisters. About a year ago, these puppies were brought from Russia on one plane. Further, they fell into different families. And now, a year later, the dogs recognized each other by accidentally meeting on a walk. 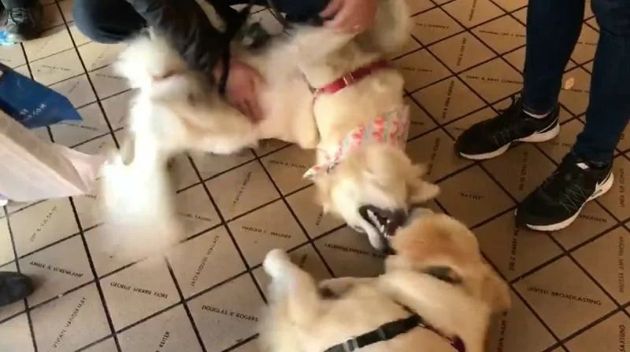 The dogs were quite similar, and the breeder’s stamp was confirmation that this meeting was not accidental.

The sisters couldn’t play for about an hour. And their owners exchanged phones and agreed to go for walks together sometimes so that their dogs could continue to keep in touch with each other.

Thank you! We wish you well. see you next time!