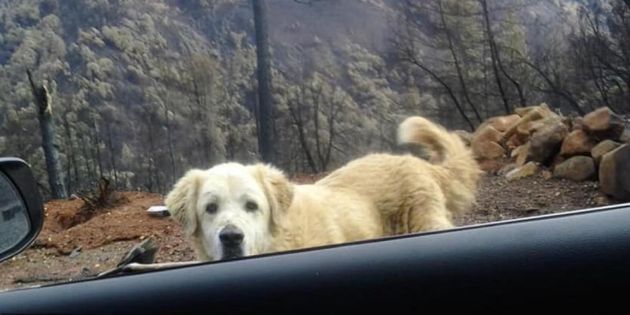 Fire is one of the most terrible phenomena that does not spare anything alive. A few years ago, terrible natural fires raged in California, burning forests and people’s homes.

The fire spread rapidly and, when the emergency evacuation was announced, there was only a couple of minutes for gathering. People hurriedly left their homes, abandoning valuables. 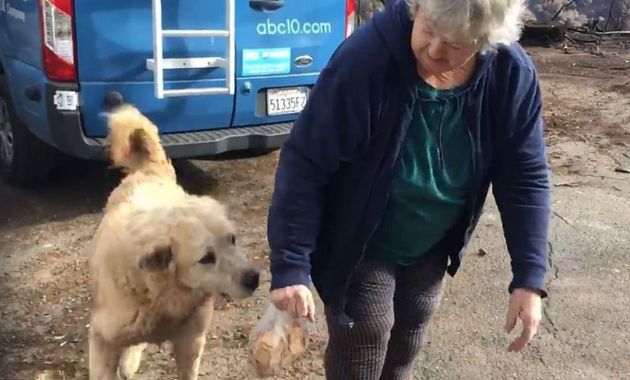 The owner of a Labrador named Madison could not find the dog in the turmoil and left without him. Within a few minutes, the flames consumed their homes and other homes, leaving no chance for anything alive.

For a whole month, the owner lived in the hope that her dog could be saved, but, to be honest, she did not have high hopes. But when, finally, people were allowed to return to the scene of the fire, to their homes, the woman was waiting for a pleasant surprise. Approaching the ashes, they saw a dog guarding the ruins of a burned house. He was lying on a pile of ashes, and when he saw the owner, he rushed to meet the car with hope in his eyes. 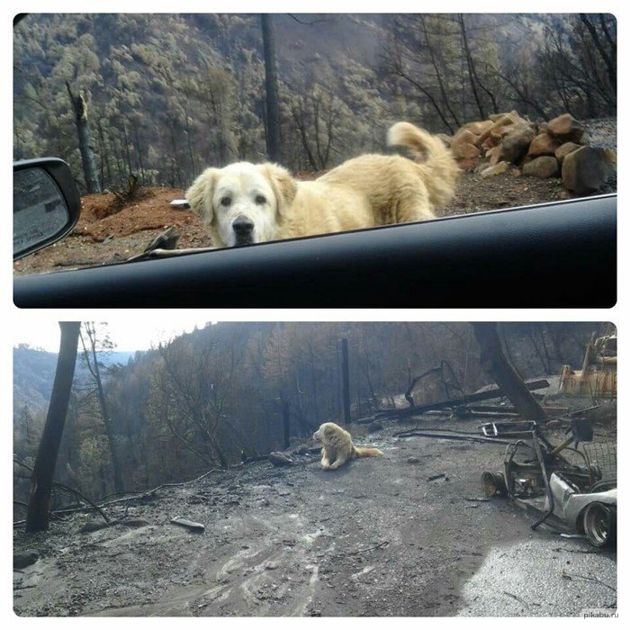 Madison managed to escape, and for a whole month he did not go anywhere from his home, guarding its remains. The ashes were visited by volunteers who left the dog water and food. They later revealed that they were struck by the dog’s devotion and not Madison’s willingness to leave his home. They knew that the dog was waiting for the owner and, sooner or later, he would come here.

Such courage and heroism inspired the hostess, and she decided to rebuild a new house in the same place.