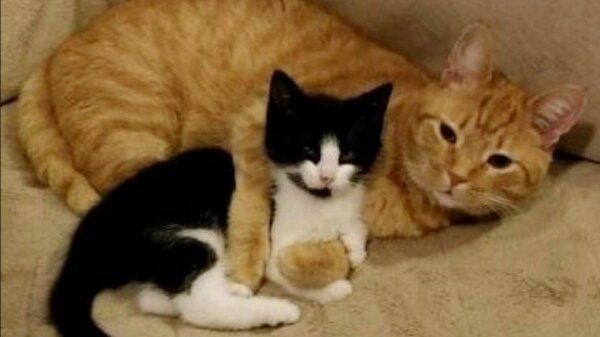 On the way to work, a man sees a picture of a small kitten heading straight for the road and a little bit does not fall under the wheels. The man noticed in time and grabbed the kitten in his arms, thereby saving his life. There were apartment buildings next to the road, and the man thought that the kitten had run away from one of these houses. He started walking around and asking the owners if this kitten was theirs. Unfortunately, everyone replied that it was the first time they were seeing this kitten. After that, the man took the kitten to his home and began to look in groups on the Internet, if anyone was looking for this loss. The man did not stumble upon such ads and then he began to think that he needed to post an ad himself, that he was giving the kitten to a loving family. Meanwhile, the red cat Vaska, who was already living with the man at home, decided otherwise on this matter. On the first day, he let the owner know that the kitten would not go anywhere and would live with them. When the kitten went to bed, Vaska came up and put his paw on it, and looked at the owner with such a brazen and convincing look, made it obvious to him that “I won’t give it away.” 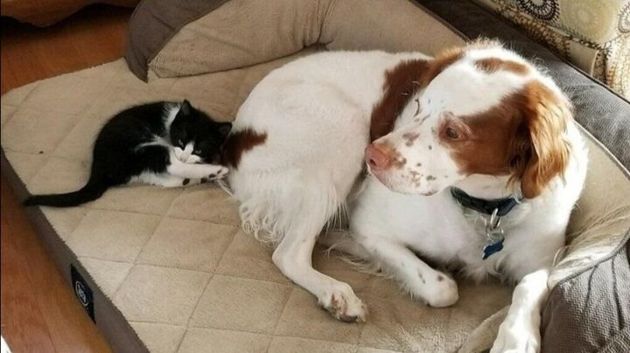 Vaska and the kitten became very friendly and were inseparable. We always slept together, ate and played with the dog, who also lived in the house. 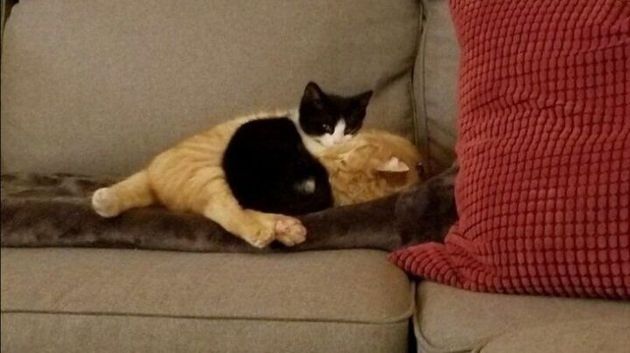 The man after all these cute moments, of course, could not give the kitten away. He himself after a couple of days got used to it very much and gave him the name Chernysh.