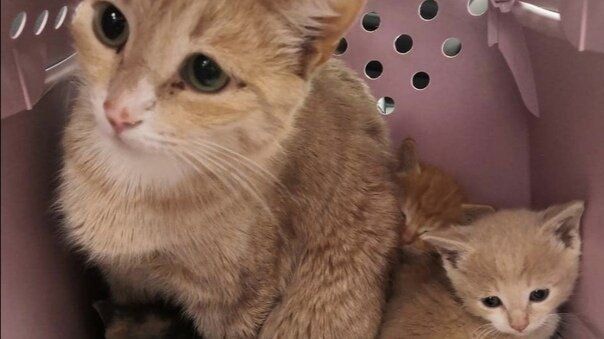 One winter day, a woman saw a cat giving birth to kittens right in a baby stroller. She could not leave them in the entrance and therefore took them to the shelter to the volunteers. The mother cat needed to be checked, because she was pregnant all winter on the street, and the kittens needed good care so that everyone grew up healthy and strong. 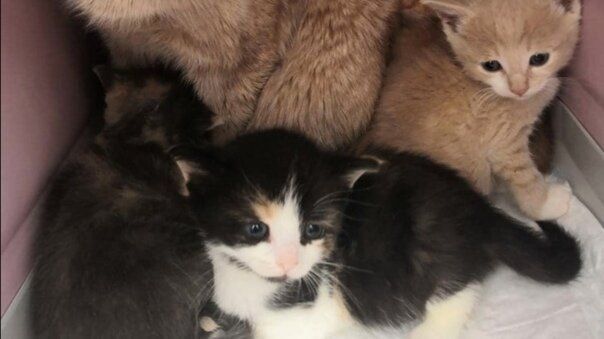 In the shelter, the cat was given the name Solomon. And after the examination, it turned out that she needed to operate on the mammary glands, since she was still frozen all winter to be outside. Solomon’s operation was successful, the kittens grew up healthy and beautiful. It was very easy to make contact and on the handles of the volunteers they purred sweetly with pleasure. But Solomon herself did not let anyone near her, immediately rushed and hissed. And no matter how hard the volunteers try to find an approach to it, everything was unsuccessful.

After a while, a woman who saw a cat with kittens in a stroller came to the shelter to ask how they were doing. When she saw Solomon, she realized that she really wanted her to live with her. Volunteers told the woman that the cat’s character is complicated, does not let go to him and rushes, but the woman still stood on her decision that Solomon would live with her. Grown up kittens were distributed in loving hands, and one along with Solomon was taken away.

Solomon was provided with everything for feline happiness. She had her own couch, a few toys, comfortable bowls for food and a large spacious tray. Solomon spent the next month very carefully and spent more time in secluded places and also did not let anyone near her. A month later, Solomon began to move quietly around the house, to study all the rooms and cabinets. But the woman was never allowed to come to her…

The woman did not give up and continued to lovingly take care of Solomon. Exactly one year later, Solomon herself began to come to bed with her mistress at night and slept on her feet.