Japanese Woman Jizi took one day from a state shelter a kitten who was being prepared for euthanasia. Jeezy at first sight fell in love with this kitten and gave him a chance to live. She named this kitten Suzumi. Suzumi was a very active and smart kitten, Jizi never missed him. 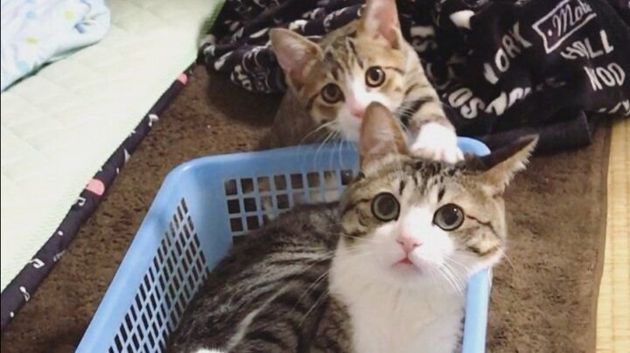 After a while, Jizi comes across an announcement that a kitten similar to two drops of water has been brought to the shelter on her Suzumi. Cats are allowed to stay in the shelter for a week. If the owner is not there for a week, then the kittens are euthanized. Jizi thought about this kitten every day and on the last seventh day, she decided to go and pick him up. She named the second kitten Unagi and took him to the vet for an examination. At the examination they said that everything was fine with the kitten and they went home. At home, Jizi began introducing Suzumi to Unagi. They were really very similar, only Unagi is smaller in size. 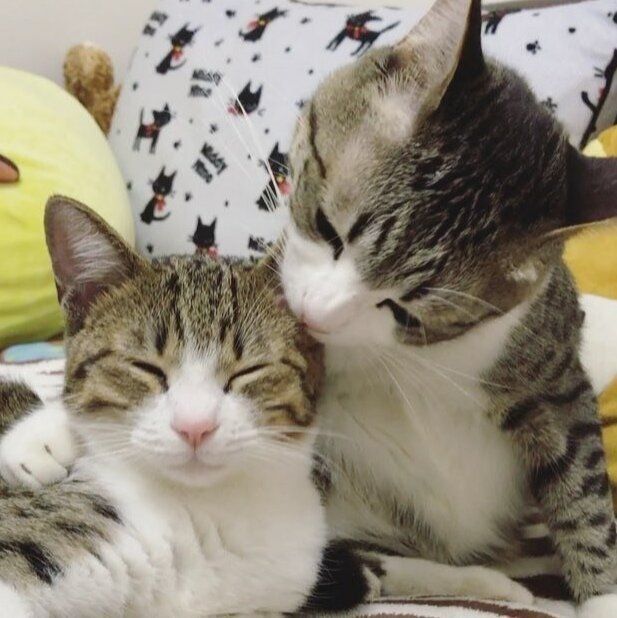 Suzumi approached Unagi and sniffed him calmly, then went on to do his own thing, and Unagi was a little tense and frightened, since he was still only 2.5 months old. Jizi introduced them gradually, keeping them in different rooms for the first few days. But Suzumi showed a very strong interest in Unagi and constantly wanted to break into his room. 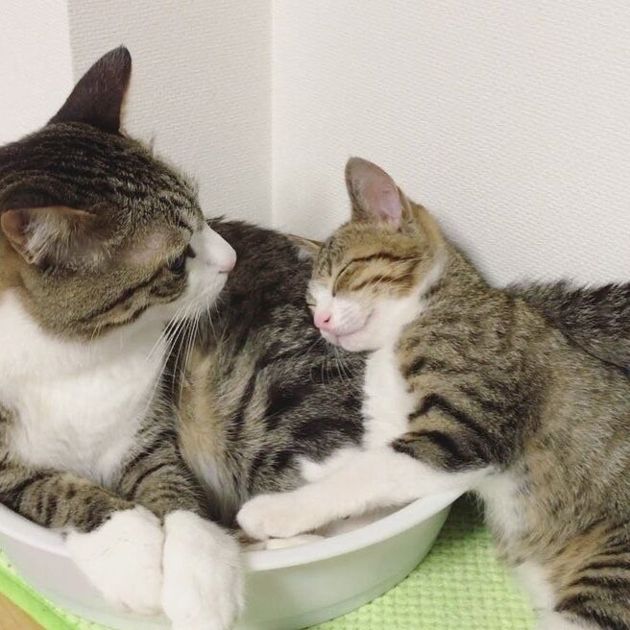 A few days later, Sumuzi and Unagi were running around the house together.

Unagi followed Suzumi everywhere. They ate together, played together, and even went to bed together, snuggled up against each other. 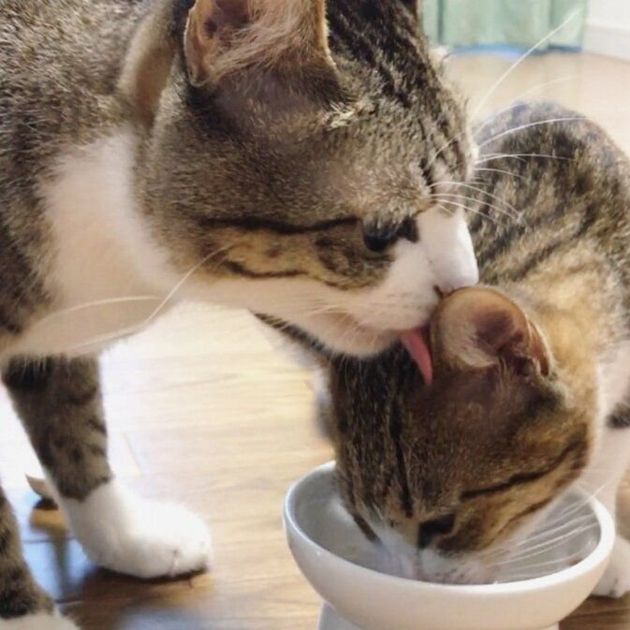 Suzumi loved Unagi as his cub, he licked Unagi and showed all his care for him.