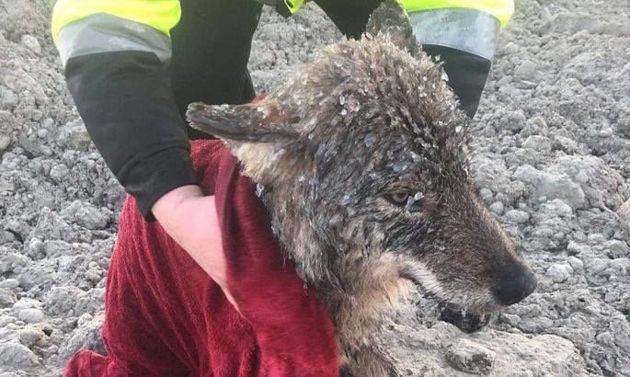 An unusual incident with a happy ending occurred not so long ago in Estonia. The local animal welfare service received a call from a male construction worker. He said that together with friends, they saw a drowning animal in the river. They rescued a dog from the icy water that was holding on to an ice floe. And she urgently needs medical attention.

Surprisingly, the men did not realize that they did not save a dog at all, but a wild animal. 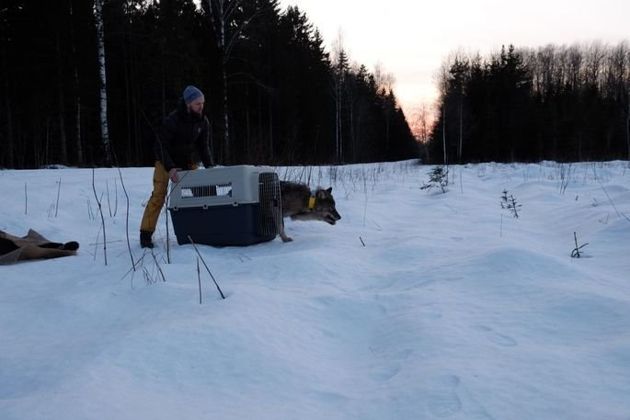 The animal was warmed with a towel and taken by car to specialists. The victim all this time behaved calmly and did not betray his belonging to wild predators.

Veterinarians provided the animal with the necessary assistance and only then noticed that it did not look very much like a dog. Experts have determined that in front of them is a real wild forest wolf. 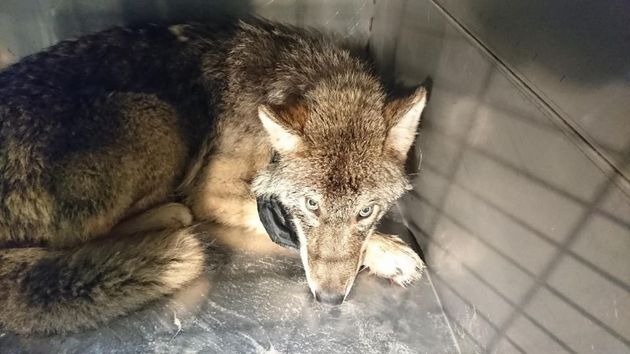 Of course, everyone was very surprised that such a predator did not show even an ounce of aggression. Apparently, he really understood that people had saved his life and did not want anything bad.

After the treatment of the predator, it was decided to release it into the usual habitat. He wore a GPS collar to track his location.

Wildlife officers released the wolf into the forest, and he calmly went about his business.