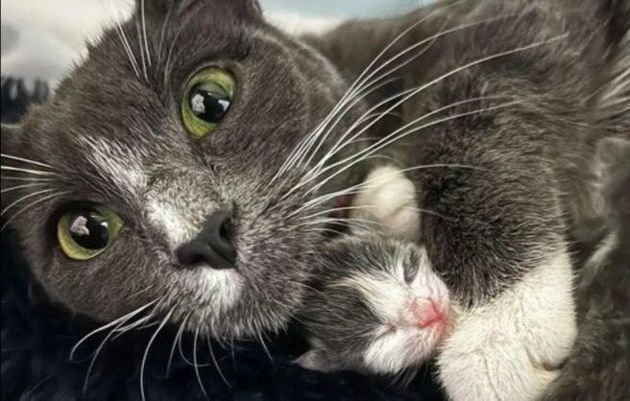 In the city of Phoenix, a cat was brought to the shelter, which was abandoned by the owners alone during a difficult birth. They were afraid of responsibility and simply carried the cat to the street, which was already during childbirth. Fortunately, the cat was caught by good people who saved it. There was a veterinarian in the shelter and he immediately began to give birth. 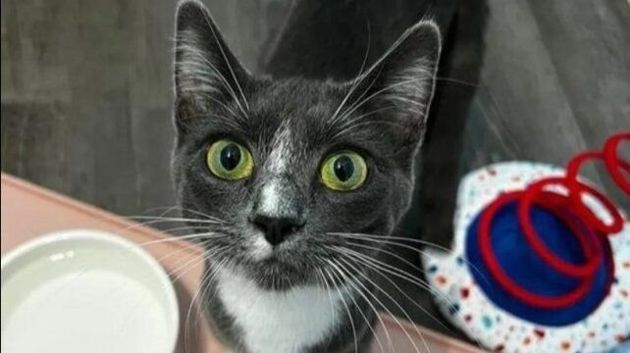 Childbirth was really difficult, the kittens were born alive and healthy, but the mother of the cat herself received severe stress. In the first 2 days, the cat could not feed its kittens, it did not have the strength at all. Therefore, the kittens were placed in an incubator and fed milk from a syringe.

After 2 days, the cat began to recover and recognized her children. The kittens, being next to their mother, began to meow loudly and look for her soft belly to feast on delicious milk. 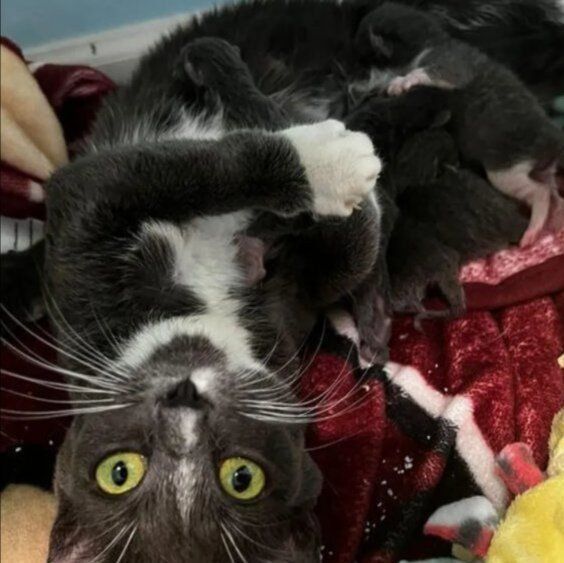 Although the cat recognized its kittens, it was not yet ready to let people in. And if in front of her eyes the kittens were taken away to weigh she showed discontent.

After a week, the cat finally realizes that the people next to her do not pose any danger to her, nor to the kittens. 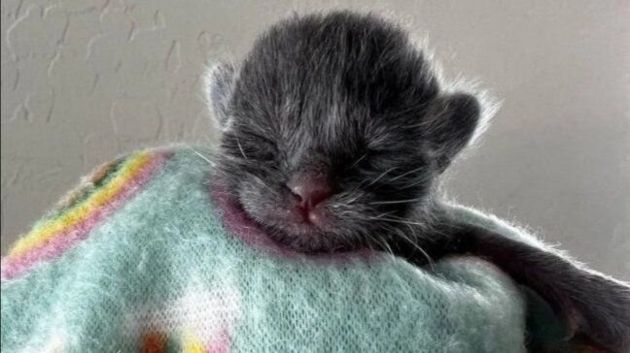 And then she calmly began to get out of the box and walk around the shelter, eat everything that was given and went to the toilet only in the tray.

A month later, they decided to sterilize the cat, and the kittens began to look for a home and a loving family. 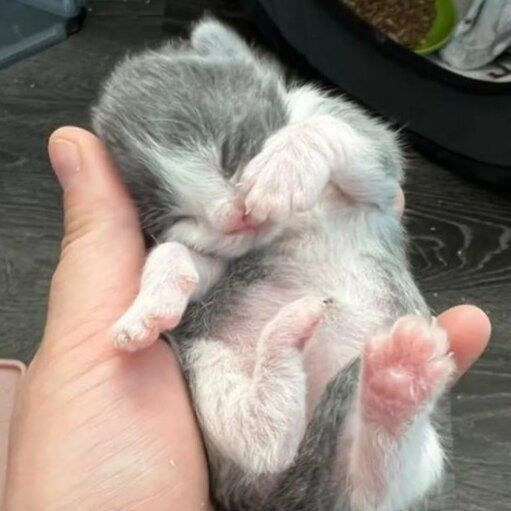 The cat was very beautiful and graceful and was very fond of the shelter staff. Therefore, they kept the cat and took care of it with love.