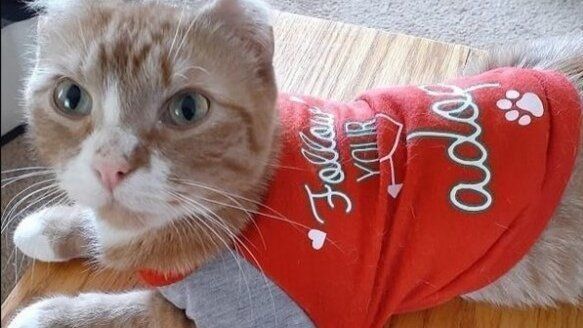 A red cat named Tobby lost his ears due to a serious illness. They found Tobby on the street, at that time he was still with ears, but it was clear from his appearance that he was sick and he needed to be shown to the veterinarian. 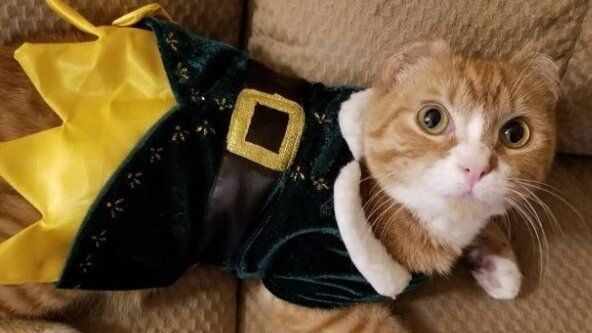 Animal rights activists took the cat to the veterinary clinic and there it turned out that he had a benign tumor in the ear canals and in the ears themselves. Tobby was prescribed treatment, it did not help for long, after a few months the disease returned and then it was decided to remove the ears of the cat. The operation was successful, Tobby on the second day he was running and enjoying life. 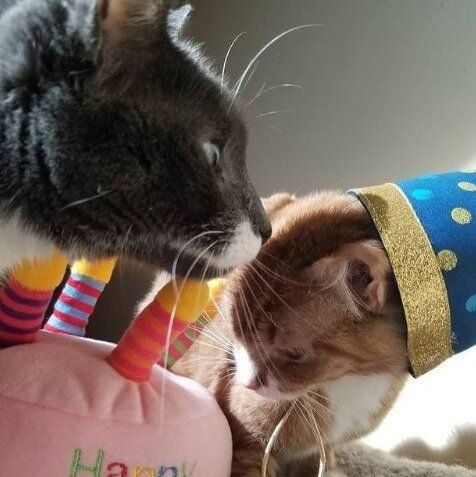 Two weeks after Tobby’s full recovery, he began to look for new loving owners who would love him with his peculiarity. Employees of the shelter posted in social. Network announcement with cute pictures of Tobby and told about his fate. The very next day, the owners for the cat were found and he was taken to the house where another beautiful cat named Horlik was already living. From day one, they became very friendly and did not spill the water.

The new owners loved their new pet very much and did not want a day to take it to themselves. Tobby also started a personal channel in the instegram, where they post his photos and videos with Horlick. Tobby became a popular cat, many people who are not indifferent to animals wanted to follow his life.