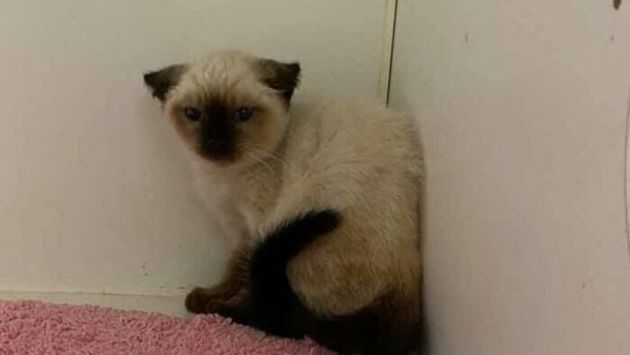 A Siamese cat who was 5 weeks old was found frightened on the street and taken to the nearest shelter. The kitten in the shelter did not let anyone near him, he hissed and scratched at everyone. And the only one who found an approach to the kitten is the dog Truvi, who became the best friend for the Siamese cat. 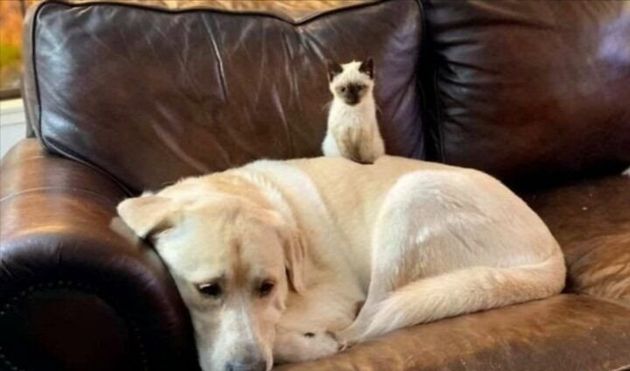 The kitten was kept in a large cage, as they were worried that he could escape. From the first day in the shelter, the kitten was cared for by a volunteer girl, Candy. She many times had to contact with abyssal animals and find a common language with them. But this time Candy did not immediately manage to find contact with the Siamese cat, but her dog Truvi succeeded. When Truvi approached the kitten’s cage, the kitten at first began to hiss, but after a couple of minutes the kitten calmed down and stopped being angry at the Labrador. 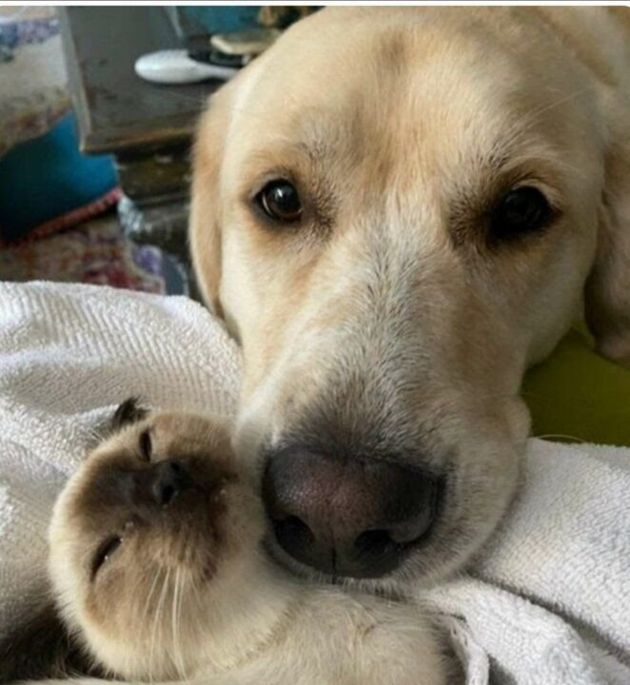 Labrador helped the kitten to cope with stress and stop being afraid of everything and everyone around. He licked the kitten and showed affection to him as best he could and a couple of days later the volunteer girl was surprised when she heard that the kitty began to purr and became more affectionate.

After 2 weeks, a family came for the kitten who took him to a new house. Volunteer Candy told about the friendship of her dog with this kitten and then the new owners of the kitten allowed the dog to come to visit them so that the kitten could easily adapt.

Trouvy came to visit and they rushed around the apartment together and slept sweetly in a hug.

It’s such a happy story.