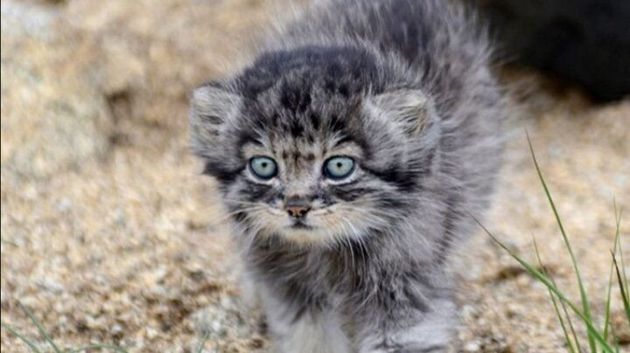 Manulas are wild cats that live in nature. But sometimes it happens that wild little animals fall into human hands. 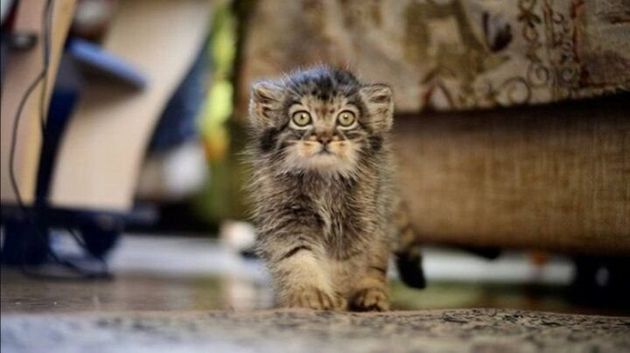 One day, a married couple Vadim and Olga Kirilyuk went to the forest and met there a small cub manul and became foster parents for him. 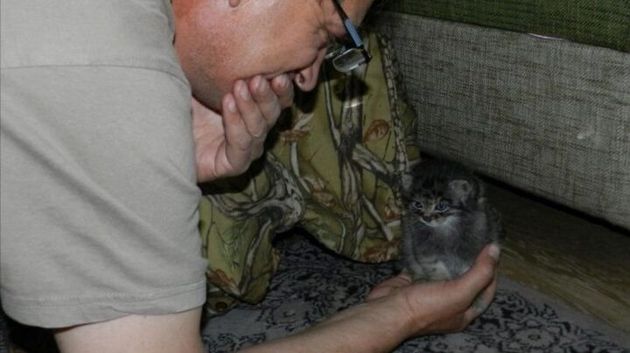 On the same day, Vadim and Olga gave the name Manulu-Dasha. They named it after the mountain that stood next to their house. The kitten was several days old, so Olga had to feed him milk from a syringe. A week later, Dasha learned to suck milk from a special bottle. 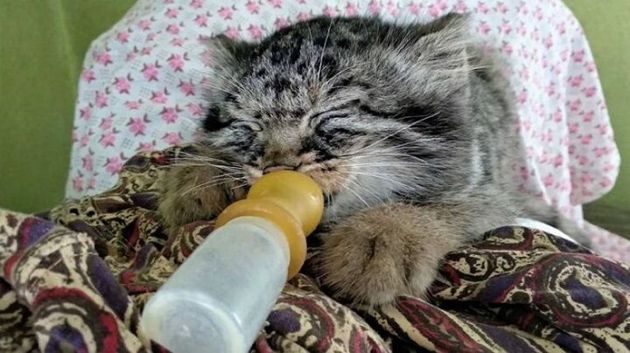 At 1.5 months, Dasha was given the first piece of fresh meat, which she gladly ate. 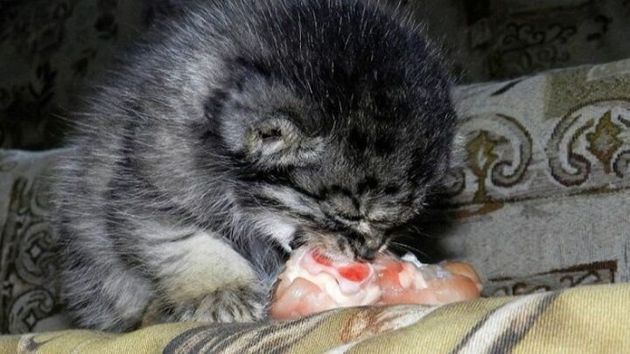 As a girl, she was very active, quickly learning everything. At night I went to sleep in the bedroom in my lair. In the first month of summer, the manula was released into nature to slowly explore her world and prepare for an independent life. 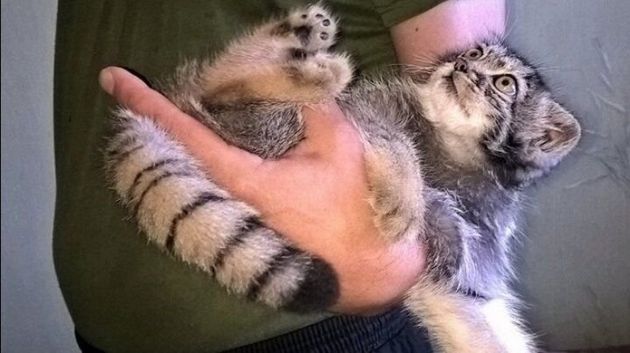 Dasha’s nails were very long, even when she did not dissolve them they still stuck out. And all the times when Dasha tried to climb on Olga’s legs in her arms, she left strong scratches on her legs. Dasha learned to go to the tray only by 2 months, before that she went either behind the closet or on the home slippers of foster parents. 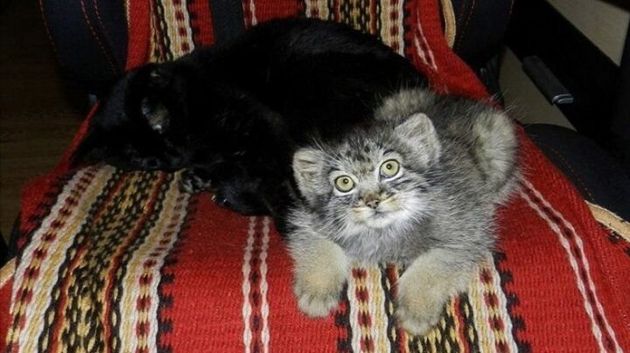 At that time, Vadim and Olga already had 2 adult cats who did not immediately accept Dasha. They smelled dasha’s wild scent and thought she was an outsider. But after a while, one of the cats named Marusya still became friends with Dashka and even allowed her to sleep with her in the same chair. 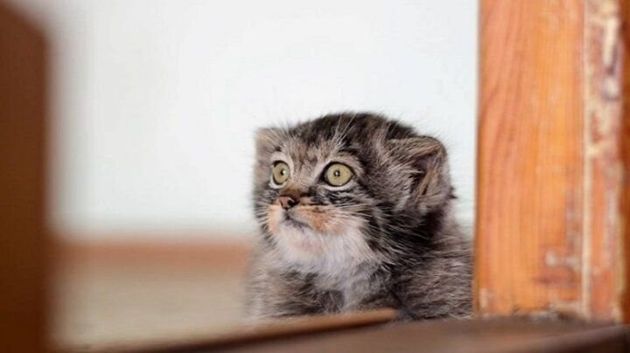 Dasha grew younger and increasingly became a wild cat who dreamed of freedom. Dasha stopped sleeping with her adoptive parents and constantly sat looking out the window, dreaming of living in freedom. 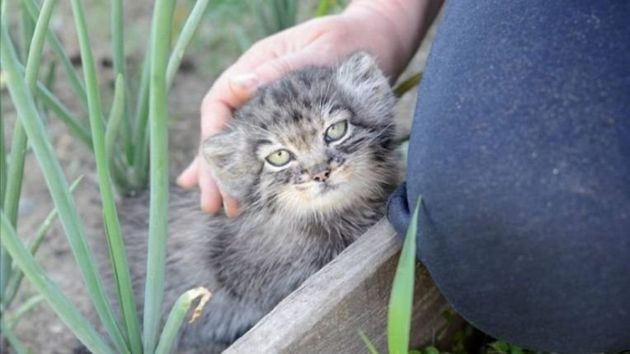 Dasha asked to eat politely, whenever she wanted to ask for food she began to suck the pillows of her paws or stand on her hind legs. 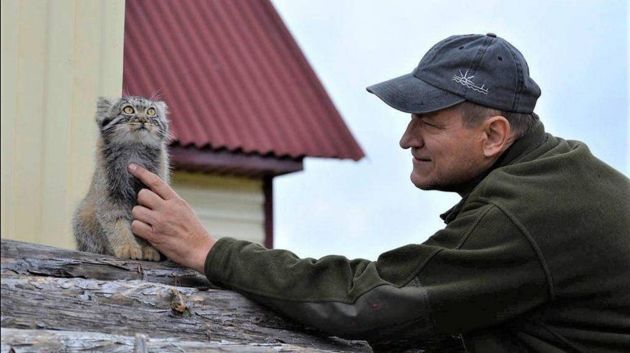 And now Dasha was 4 months old, she still dreamed of leaving the territory of the house and a small yard, she wanted to see something new, to continue to study what the world was like. Vadim and Olga began to think about what to do next, they did not want to give Dasha to the zoo, because they know that there is no freedom to see the manule, to keep at home is also not an option. 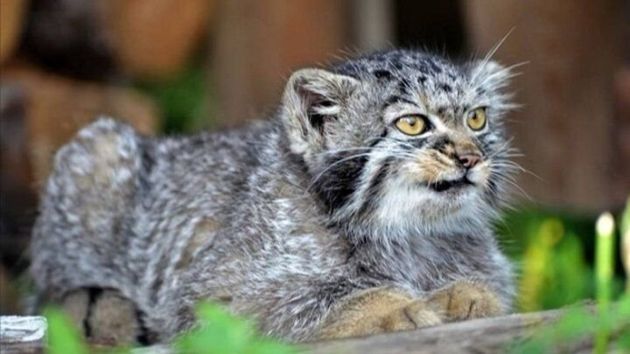 And then they came to the decision to take Dasha to the cardon of the Daur reserve, where the manulas lived. When Dasha was brought there she immediately ran away into the forest, but they went to return her back, as she could get lost in the forest. The first couple of days, Dasha mastered the territory of the reserve and came in the evening for dinner. After 5 days, Dasha caught the first prey, for this she had to sit and patiently wait at one hole. 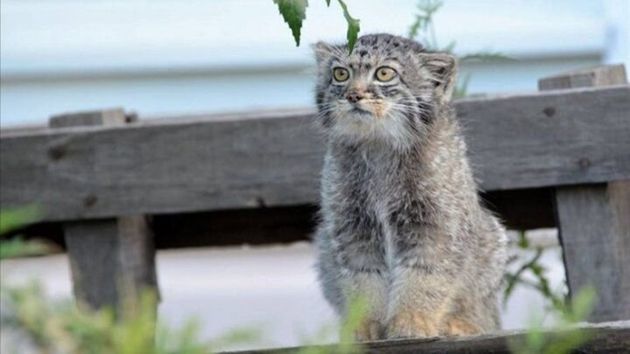 So Dasha began to understand that it is necessary to achieve food not only by jumping and attacking, but also by patient endurance. And so for half a year Dasha learned independence and survival in nature. But Dasha constantly looked at the mountains that were outside the reserve and one day she left. She chose to live in freedom.