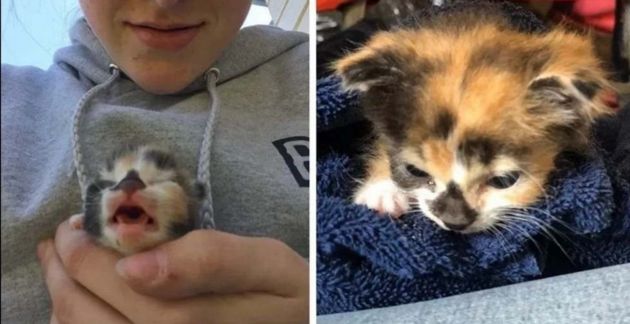 On one farm, a cat gave birth to kittens, and she disappeared somewhere. One woman named Clara, who lived near this farm, took one kitten with her. 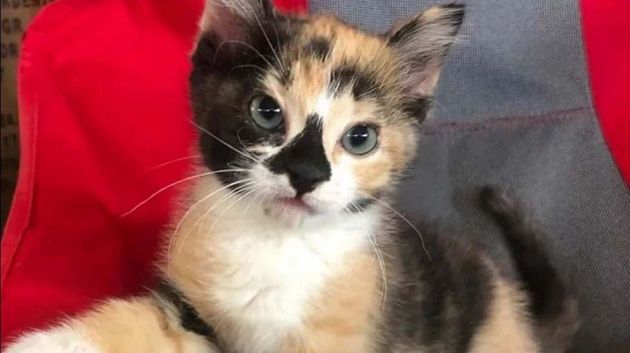 The kitten was beautiful, tricolored and very affectionate. Grenka (as the kitten was called) was fed milk from a syringe, and closer to 2 months, when he became more independent, they began to feed liquid food. At 3 months, the skinny kitten was already a well-fed and active kitten who had studied all the corners and cabinets in the house. 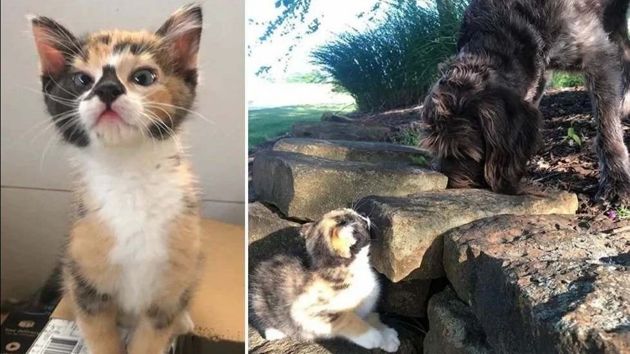 When Grenka grew up, Clara decided to introduce him to another pet in the house. He was a dog Rachel, who also lived in this house, but at first he was kept in another room so that he would not see the kitten. Clara did not know how the dog would react to the kitten, whether they would make friends. The dog was large and Clara worried that Rachel might accidentally crush Grenca with his weight. So as soon as Grenca became strong, so Clara decided to introduce them. The acquaintance of Rachel and Grenka went perfectly, at first they smelled each other, and then Rachel began to lick the kitten showing his friendliness. Clara was overjoyed that they had become friends and her worries were in vain. 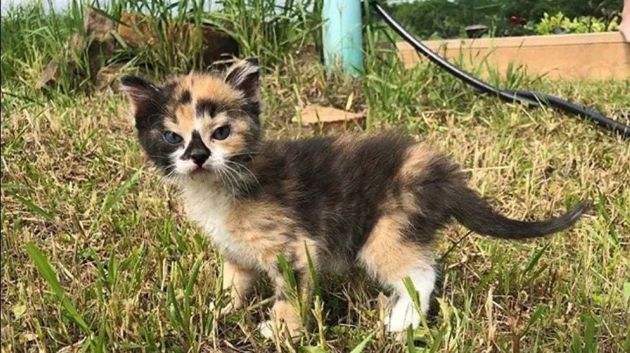 Every day Grenka watched the picture of Rachel going outside to go to the toilet there and a few days later Grenka began to do the same, which was very convenient for the hostess. Grenka repeated everything after Rachel, he climbed garages with him, met with Rachel’s friends and chased other cats. It seemed that Grenka considered himself a dog and did not even realize that he was born a cat.

Whenever Clara walked Rachel, Grenka walked with them. Not once did Grenka try to escape, always walked next to the hostess, wherever they went. Grenka was beautiful and unusual, during the walk he did not remain without the attention of the people around him. Clara loved her pets very much and paid a lot of attention to them.

That’s how Grenka became the best and inseparable friend for the dog.