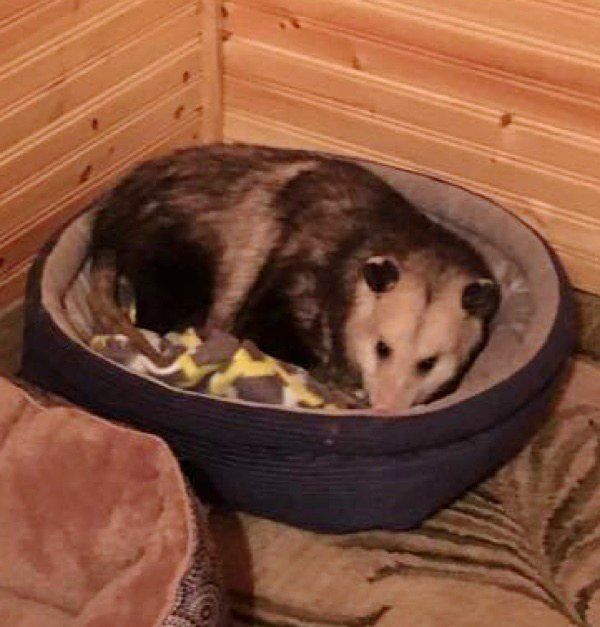 A funny and, at the same time, kind act occurred in the United States a few years ago. An elderly woman named Erica has been very fond of animals all her life. She fed stray cats, as do other compassionate grandmothers around the globe. On the veranda near her house, she put beds and left food and water there. Cats from her neighborhood came there, ate, drank and rested. 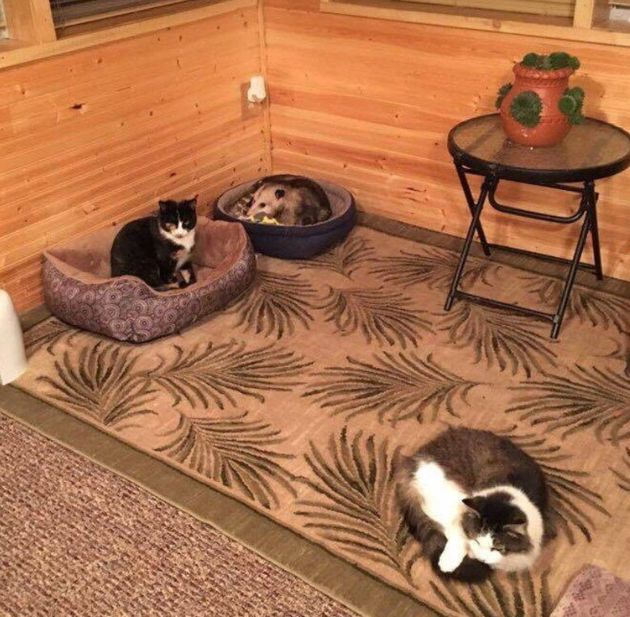 One day, erica’s grandson came to visit her, and imagine his surprise when on the veranda among the cats he saw an animal that did not look like the usual Murzik. It was an opossum , a small marsupial animal from the family of mammals. 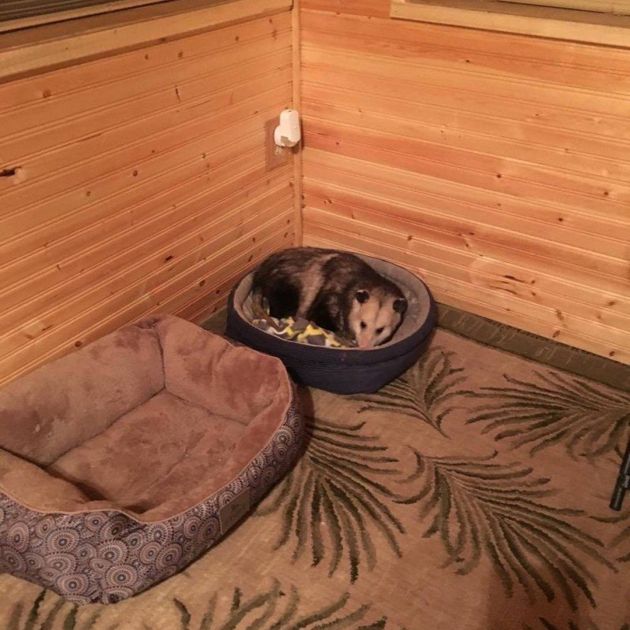 The opossum slept in a cat’s couch like a normal cat. When the grandson pointed to him, and asked the grandmother who it was, she replied that it was an ordinary homeless cat, and he had been living here for several months. She even gave him a nickname- Auntie. 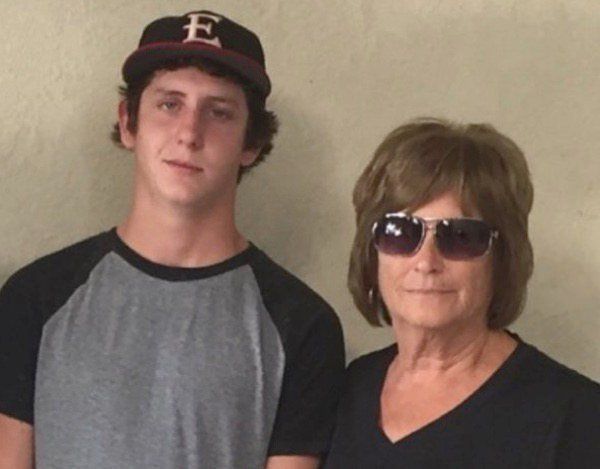 The grandson laughed and told his grandmother that it was not a cat, but an opossum, which, apparently, decided to cheat a little and pretended to be a homeless cat. Grandma took a closer look and brushed it off. She said that even if that’s the case, what difference does it make? Still, he needs love and care.

The animal was young and apparently came here when he lost his mother. He managed to make friends with cats and behaved very peacefully and friendly.

What just does not happen in the animal world!