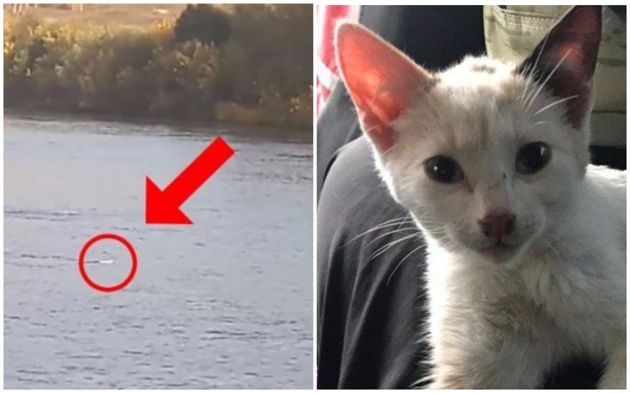 An amazing case occurred in Saransk. There, employees of a local company rested on the banks of the Sura River.

When they arrived, they heard the meow of a kitten on the other deserted side of the river. No one attached much importance to this, but the kitten continued to scream persistently.

After a couple of hours, people began to gather at home and suddenly, someone noticed that a small white lump was floating along the river. It was that kitten. Undeterred by the current and the cold water (it was autumn), he threw himself into the water to get to the other side of the people. 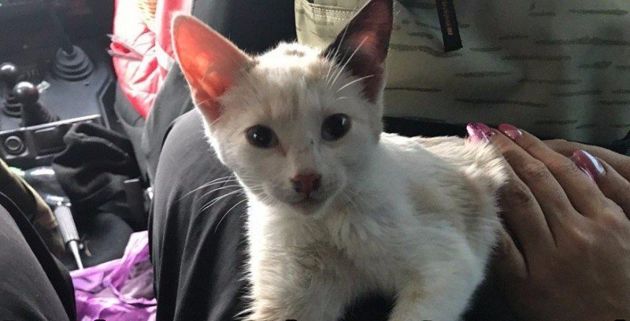 A strong current carried him along the shore, but, fortunately, the kid still managed to overcome this not a small distance.

People were already waiting for him on the shore, and when the kitten hit the ground, he immediately ran to them. 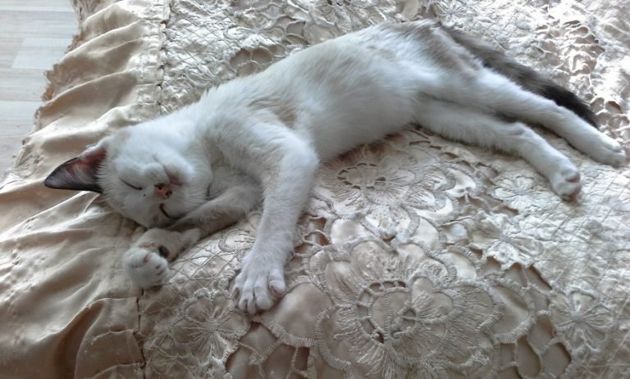 Trembling to the bone, but incredibly affectionate, the cat simply paralyzed everyone who watched this spectacle. No one has ever seen such zeal and desire to live.

Naturally, they decided to take the kitten. For a couple of days, he is in the custody of one of the employees of the enterprise. 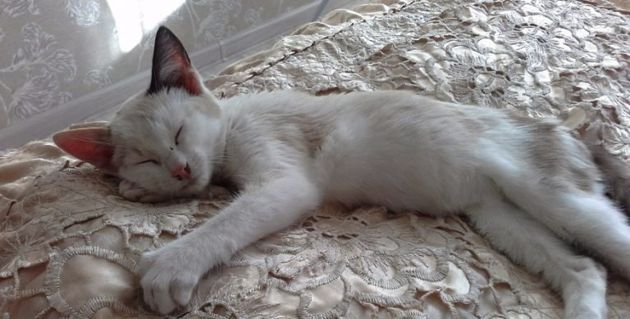 And then he was taken in by the director of this company, who was also a witness to the heroic act.

Now the cat is doing well. He became a pet. And about such a person as he can safely say: “Everyone is a blacksmith of his own happiness!”