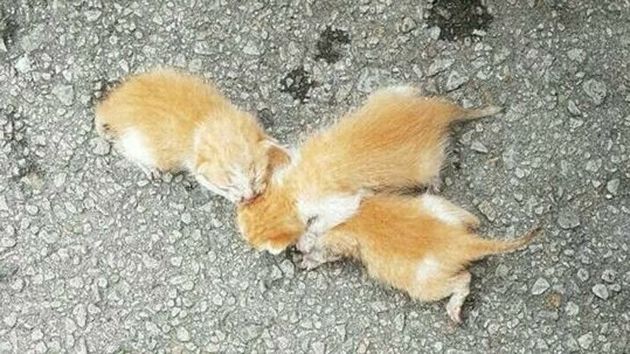 Very often it happens that life can be saved by banal attentiveness. So the three furry heroes from our today’s article survived only thanks to an attentive person who did not pass by.

So, it all happened in Malaysia. The woman rarely used her car, usually it stood parked outside the house, and, one might say, gathered dust. But now the time has come when the hostess needed to go on business for a fairly long distance. Coming down, she saw a piece of paper on the windshield of the car – it was a note, and written just recently, since the sheet had not yet worn out and was not even wet. 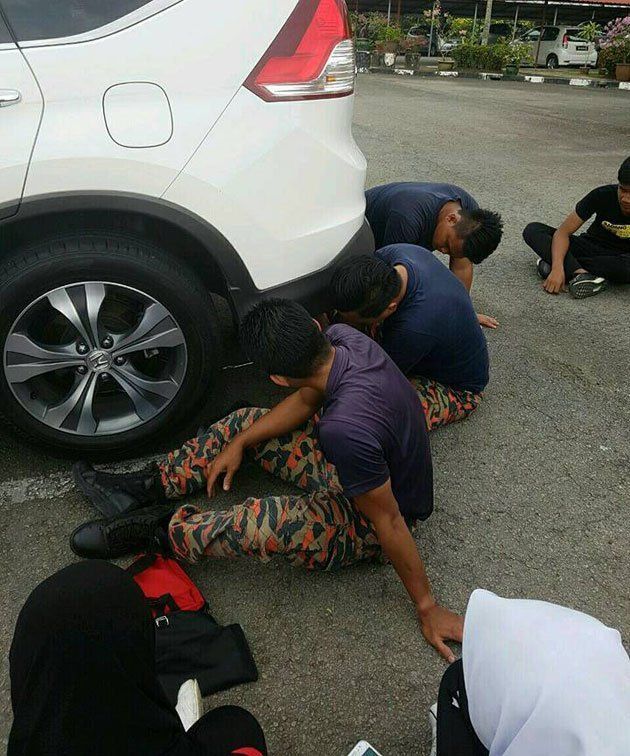 An unknown person said that he noticed how a whole cat family of several animals climbed into the car. He asked the owners of the car to be very careful and attentive, and before starting the engine checked to see if there were any cats under the hood. The woman did so, began to look for animals, and soon heard some rustling inside.

From the outside, a woman crawling on her knees around the car was a rather strange sight, and therefore three local students soon approached the hostess and asked if she was all right and whether an ambulance was called. She explained to them the essence of everything that was happening, and they also decided to join the search for cats. Young people in cars were much more “shabby”, and therefore quite quickly got to the kittens, which really took refuge right in the engine.

All the kittens were attached in good hands, and the owner of the car is very grateful to the person who wrote the note for his vigilance. She is sure that if it were not for this note, the kittens would have met a sad fate, because they were sitting just in the engine. Apparently, the mother cat attached her kittens to this place, because she thought that it was safe, but in fact it was a real trap.

That’s how mindfulness helped save three little lives. The woman also made it a rule to check the car for the presence of cats before starting the engine, to which she urges the rest.

Dear readers, I will be very grateful to you for “likes” and/ or comments. This helps a lot to promote the article in the feed, so please support who is not difficult. Thank you and all the best!