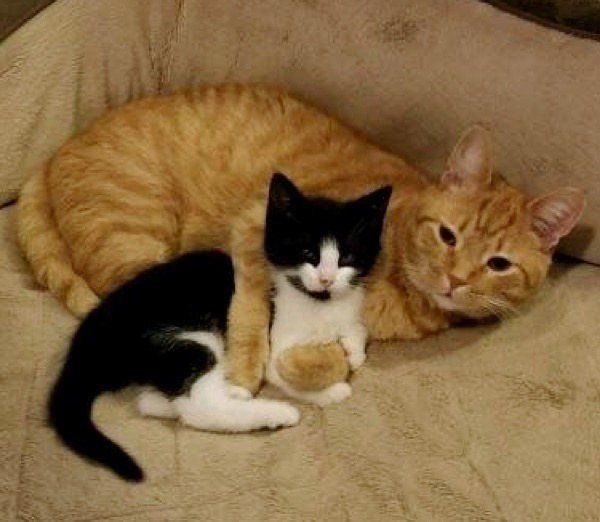 One day, a man, returning from work on a busy highway, saw a small kitten right on the roadway. Cars drove around him, but it was not far from trouble – at any moment the baby was waiting for death. A kind man parked nearby and, risking himself, went out on the road to pick up the kitten. There were no houses in the vicinity. Leaving a cat on the side of the road was dangerous. And the man took the baby with him, in the hope that he could quickly attach a black and white finder. 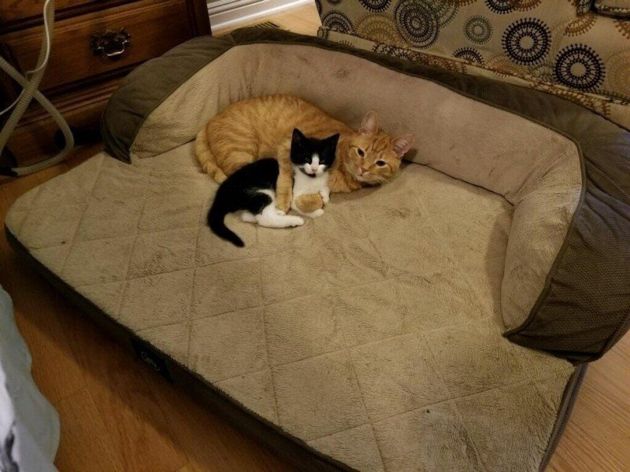 At home, he already had one cat, which a couple of years ago was also threatened with death from street life. Apparently, the tailed ones felt the kinship of souls and, to the surprise of the owner, not too compliant and affectionate, the cat accepted the selected kitten as a native. 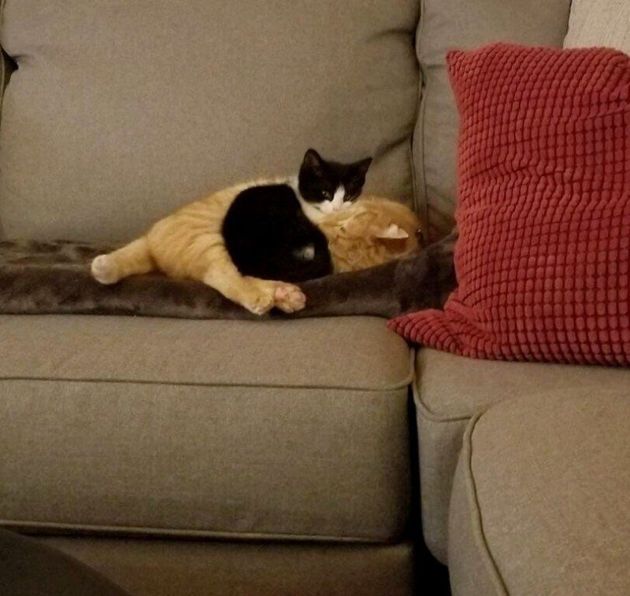 He immediately surrounded the baby with care and attention, which at first even confused him. But the very next day, the tails became so close that the owner had no idea that a new cat had to be given to someone. 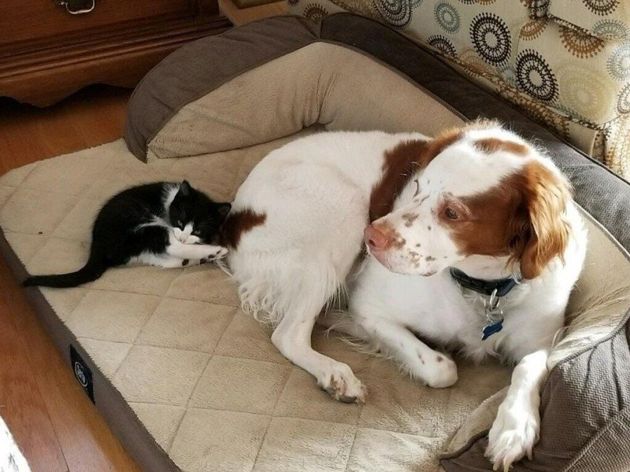 The red cat seemed to feel that the baby needed support and care and took him into his cat arms.

With a dog living in the house, the cat also quickly found a common language, in a word, the baby clearly “came to the yard”. 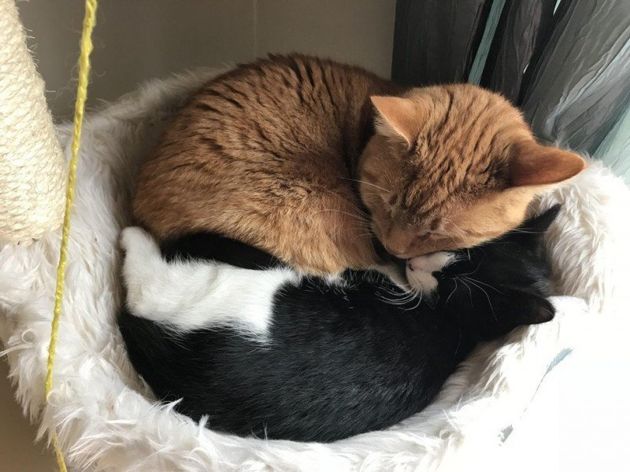 Over time, the friendship between the cats did not cool down. A grown up kitten sleeps with a red-haired companion in the same bed and feels absolutely safe.