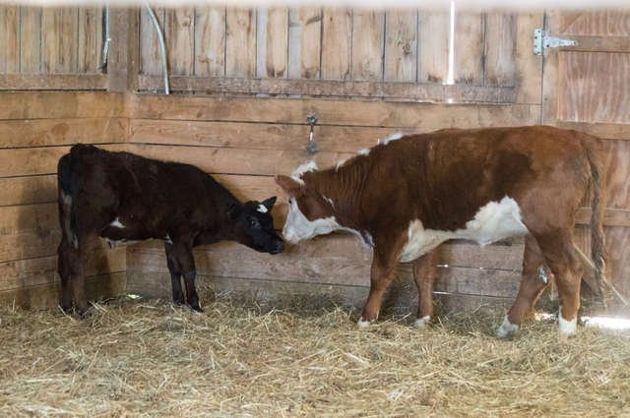 An amazing story happened in one farm. After the sudden death of the farmer, all his cattle began to be sold – someone to other farms, and someone for meat.

A young cow named Bonnie, apparently, sensed danger and, having won the right moment, rushed to the end. 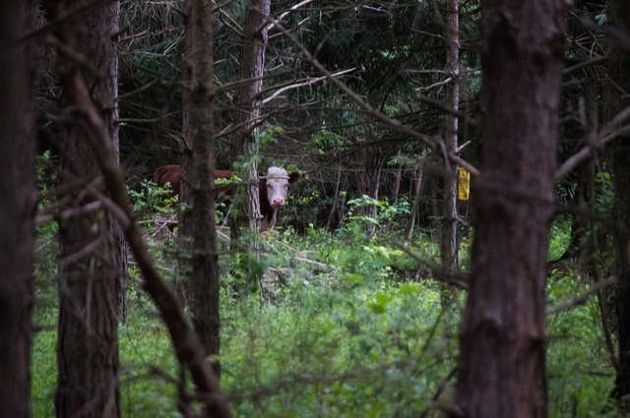 There was a forest nearby and the cow disappeared into the thickets. She was searched for a long time, but it did not give a result. The cow did not return, and everyone thought that the animal died in the forest. 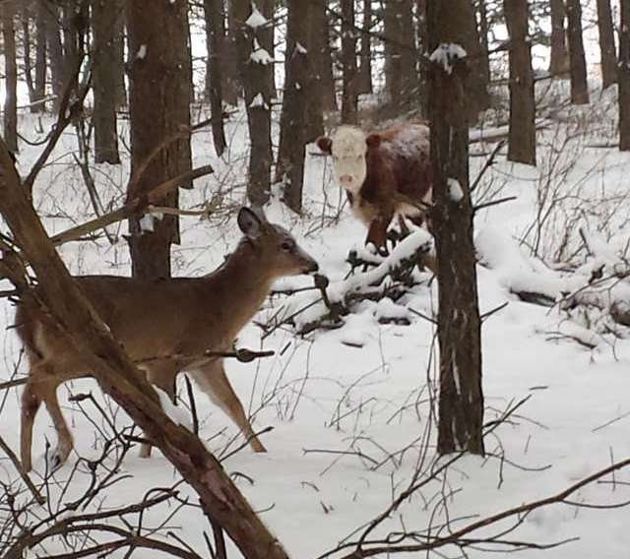 However, 8 months after the disappearance, video traps managed to capture the moment when, together with wild deer, a cow comes to a place where foresters feed wild animals. Apparently, it was thanks to friendship with deer that the cow did not die in the harsh winter, was able to survive and get food. 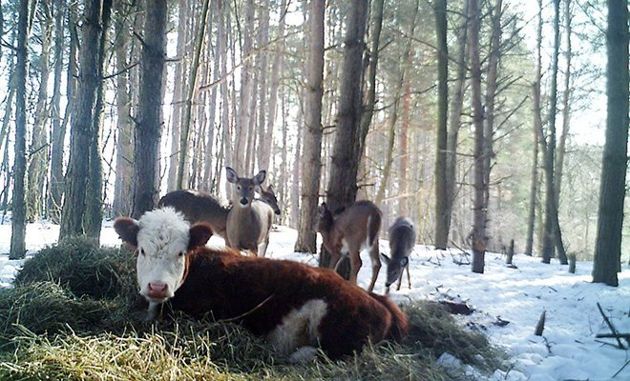 At the sight of people, the cow, like all wild animals, was frightened and immediately ran away into the thicket of the forest.

One caring animal rights activist, realizing that a domestic cow has no place in the forest, began to come to the feeding place every day at the same time and bring delicious food. After a few months of daily ritual, Bonnie began to recognize the woman’s voice and stopped being afraid of her. 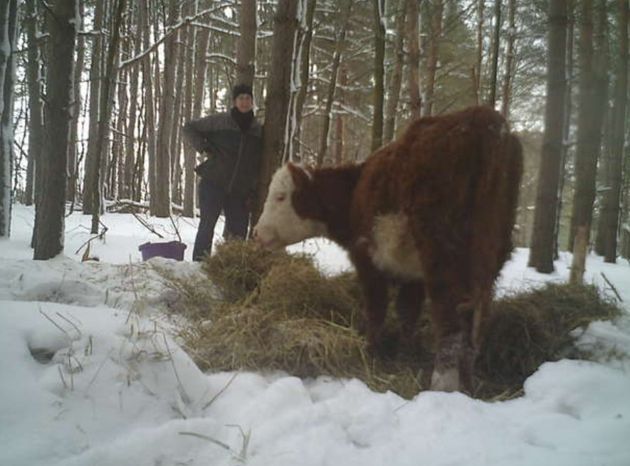 So the cow was again in a warm stable. Bonnie’s new owners promised that they would take care of this special lady and would never sell it for meat.