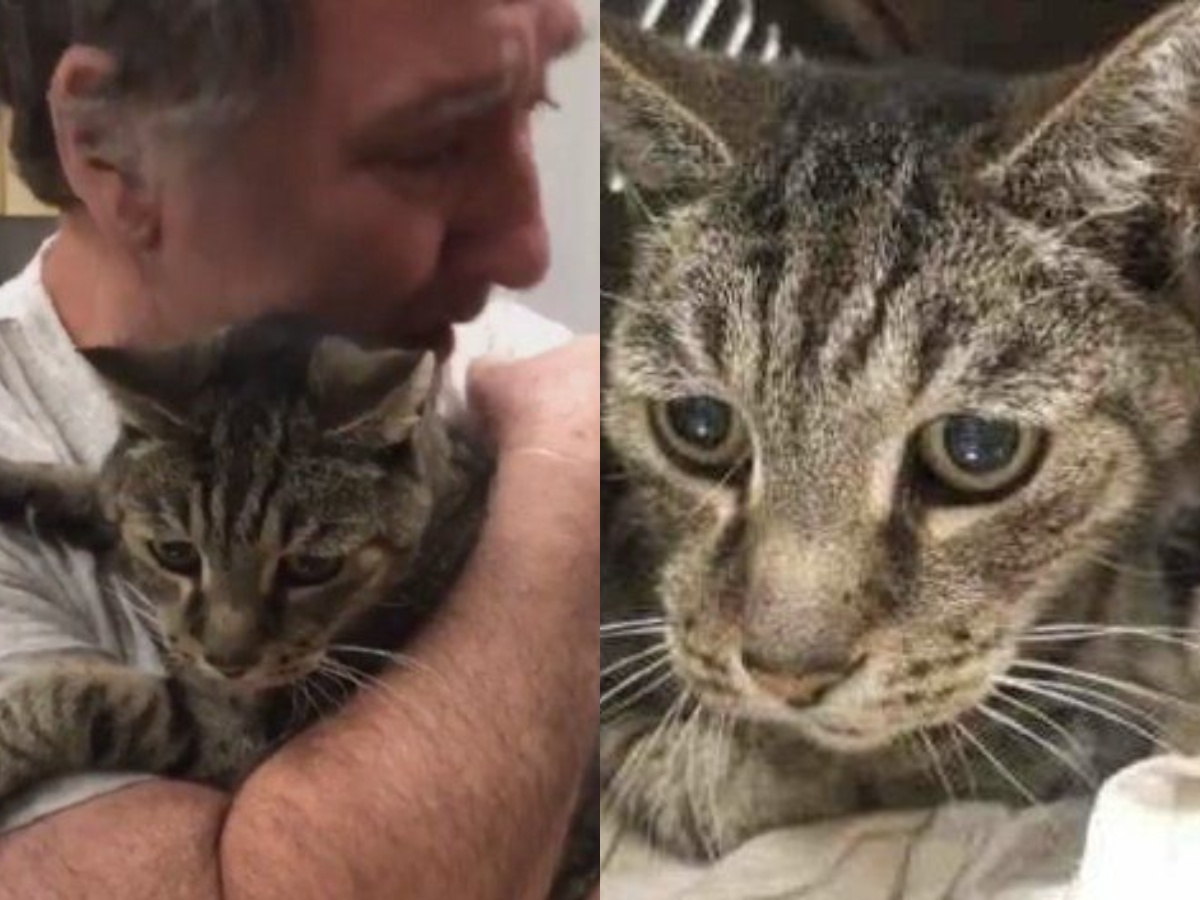 Cat lovers, when they take a kitten home, begin to love it as their own child and can no longer imagine their life without it. And if it so happens that a grown cat is accidentally lost, then for the owners this is a strong blow. 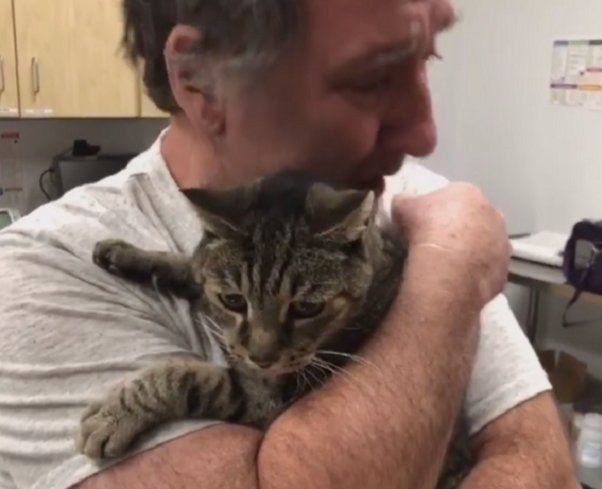 Here is a story that happened to a man named Nicky. His 12-year-old cat got lost, right before moving to a new city. He postponed the relocation while looking for his cat since he was so upset. 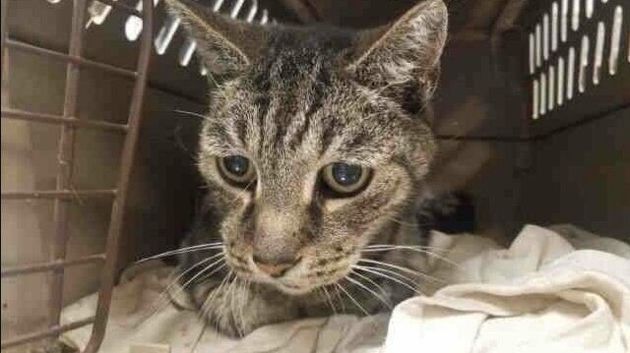 He spent a whole year searching for the cat, interviewing all the people and posting ads all over the city, but the search was unsuccessful. Nicky let go of his hands and stopped searching, but never moved out of town. After 7 years, Nick received a call from a female veterinarian informing him that his cat had been found and was with them. The cat had a built-in microchip, on which was written the surname, name and phone number of the owner. Nicky immediately went to meet his beloved cat. The meeting was very touching, the cat hugged Niki’s paws, and Nicky himself could not hold back tears from happiness. He could not believe that after 7 years they would meet again. The cat at that time was already 19 years old and he did not look very good, but this is not the main thing, the main thing is that they are now together again and Nicky will take care of the cat.

It’s such an amazing and kind story.