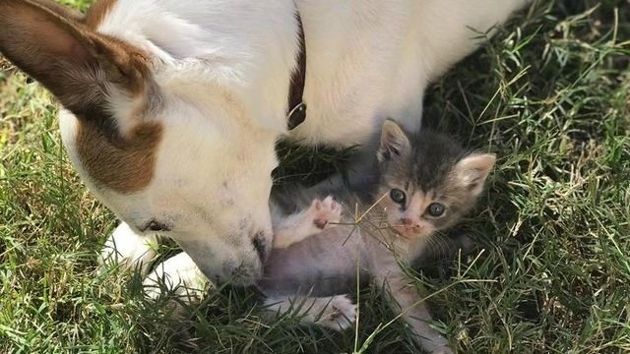 The story begins in such a way that volunteers for the rescue of homeless animals were informed that in one village there is a house in which 50 dogs and 10 cats live, that the owners do not cope with everyone to take care of and some of them sit hungry for several days. A volunteer named Zhanna went to that house on the same day and was horrified by the conditions in which the animals and their owners live. There, among the 50 dogs, there was one that really appealed to Jeanne, the dog’s name was Pirate. Piratka was the oldest of all dogs. The volunteer informed the owners that this could no longer continue and she would distribute all the dogs to shelters so that they could find a normal home and owners who could take care of them. The Pirate had puppies, which she managed to quickly attach to loving hands, but Jeanne kept the Pirate herself. 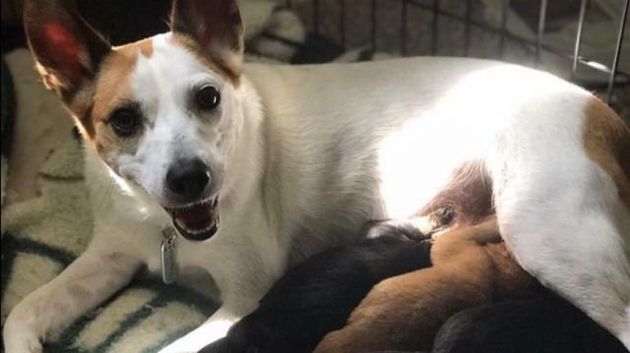 A year later, Jeanne brought home two homeless puppies who needed care. A miracle happened, the Pirate took the puppies as for her children and even fed them, she had milk with the help of small crumbs.

A couple of days later, 5 more puppies were brought in, which the Pirate also fed. Together with these puppies, a small kitten was brought in and he ate Pirate’s milk with the puppies. 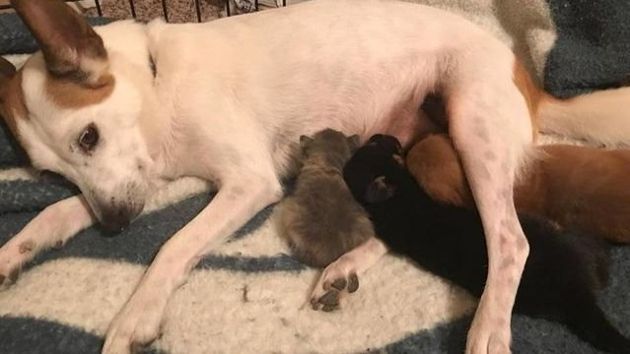 The pirate did not get tired of taking care of the little crumbs, but on the contrary, she gave everyone attention, fed everyone and put them to bed, lying next to them.

Jeanne looked at the Pirate with great admiration and was very grateful to fate that a year ago they met.