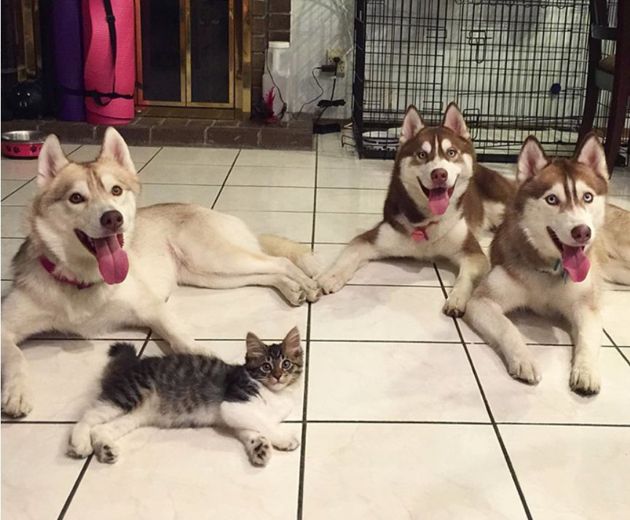 Amazing and touching stories occur in the world of animals.

One day, a woman found a half-alive kitten on the street, which was about 3 weeks old. The baby was so weak that the woman did not have much hope for her salvation. At home, the woman had three dogs of the husky breed. And when the kitten was brought home, one of the adult dogs treated the baby with special trepidation. She warmed and licked the kitten and even tried to feed it, despite being sterilized. 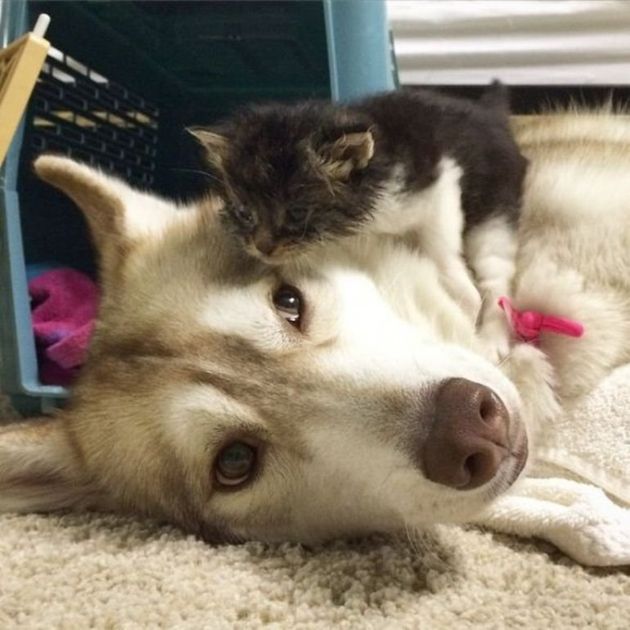 Warmth and care quickly put the kitty on its paws. She was named after a beautiful name – Rosie. All her time the kitty spent with her mother-dog, who cared and reverently treated her. 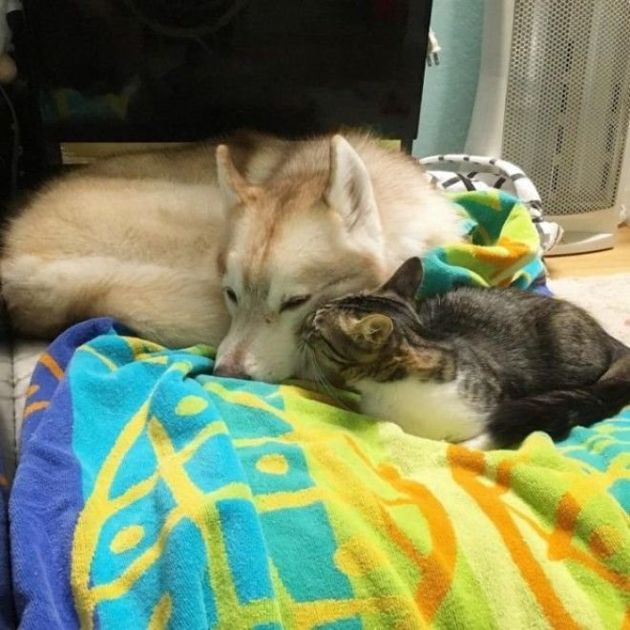 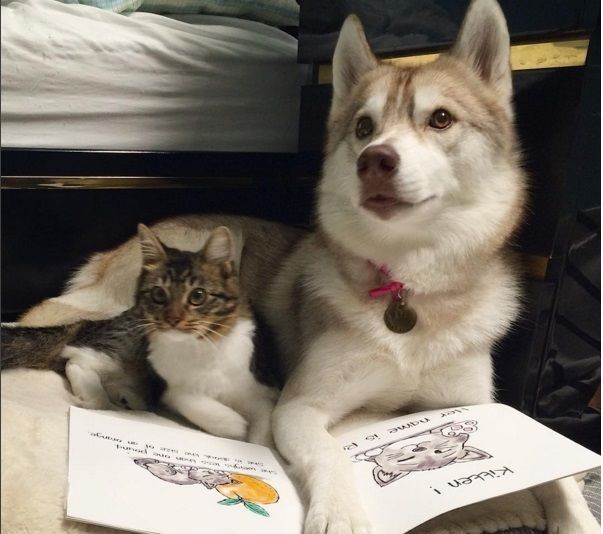 Outsiders notice that even the look of a cat looks more like a dog than a cat!! 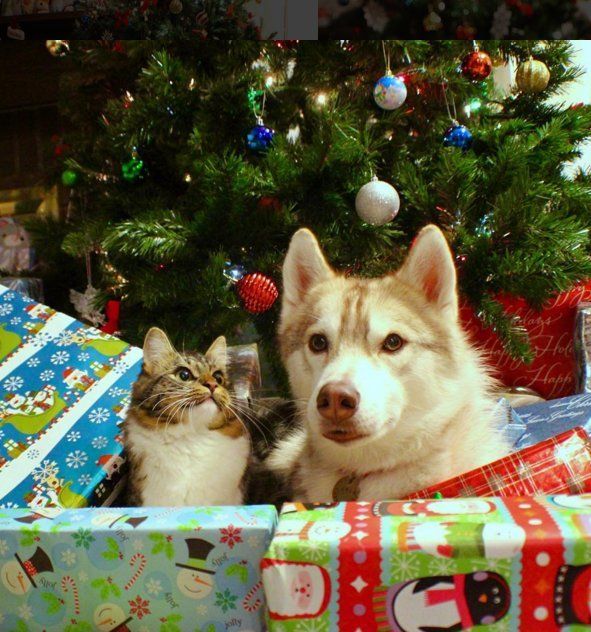 Rosie befriended all three huskies and fit perfectly into their pack. 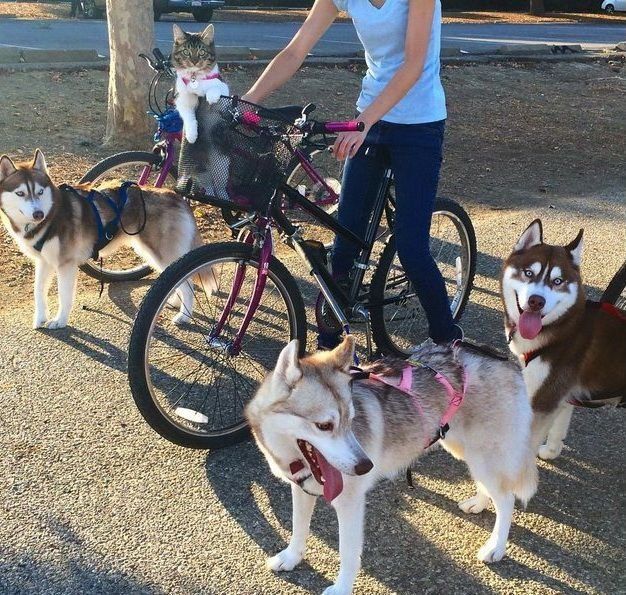 The owner began to take her for walks with the dogs. 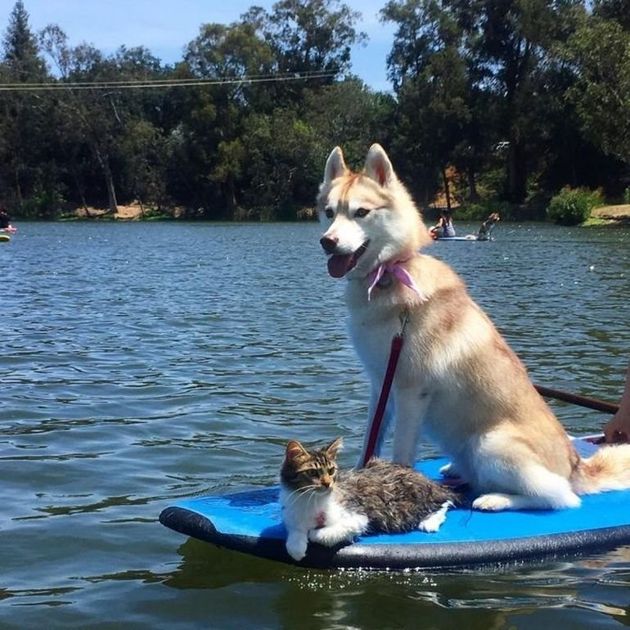 The life of this cat is not at all like simple feline everyday life. Rosie is the exception rather than the rule. 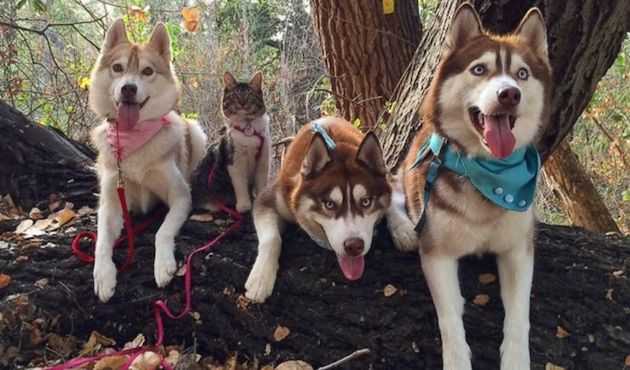 In the company of dogs, the cat feels absolutely calm and harmonious. 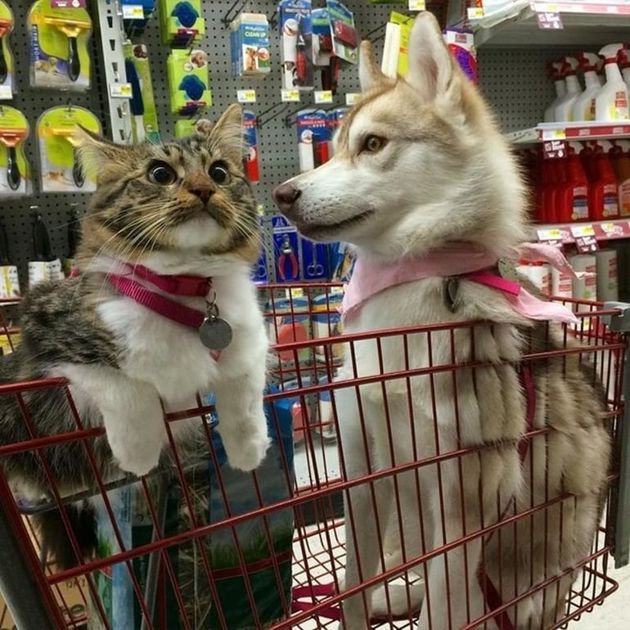 She cannot even imagine that by the standards taken, dogs and cats are the worst enemies. 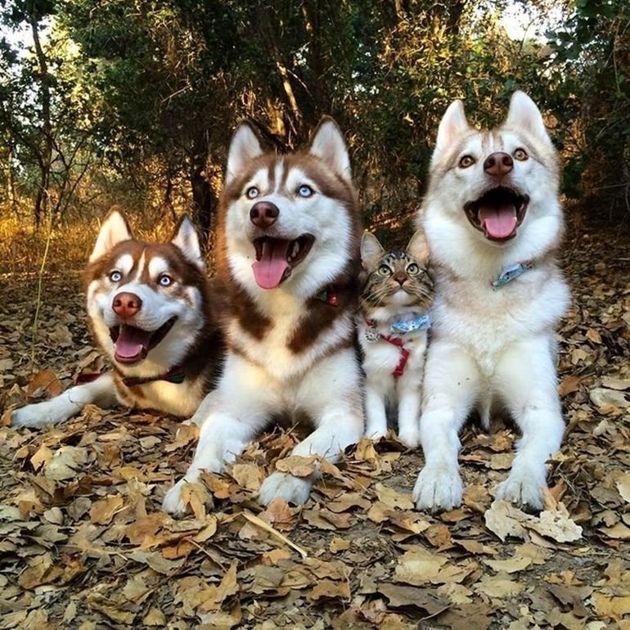 This amazing cat survived against all odds and became a real cat dog. 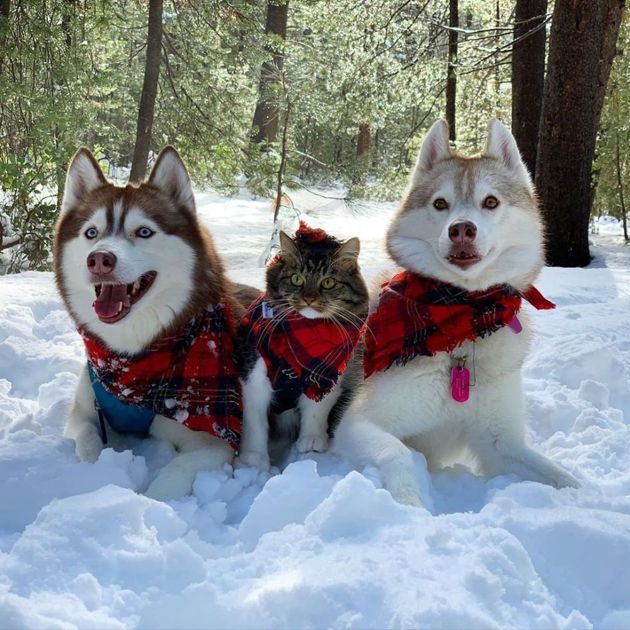 Such friendship is a real example of the fact that you should not rake everything “under one comb”. 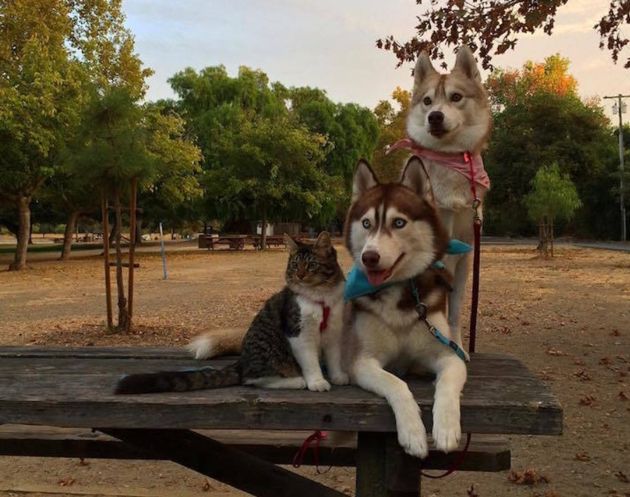 Life is diverse and amazing. And that’s the beauty of it!