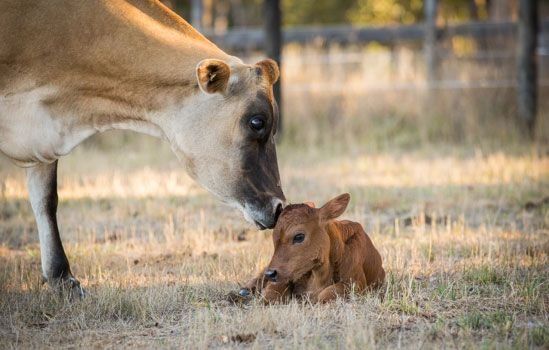 According to science, the maternal instinct in animals appears already at the stage of pregnancy, so a cow waiting for a calf is capable of the most unusual actions to protect its baby. How does a cow know about the danger to her child? Scientists have not yet found the answer to this question – the world of animals is much more complicated than it seems to us at first glance. 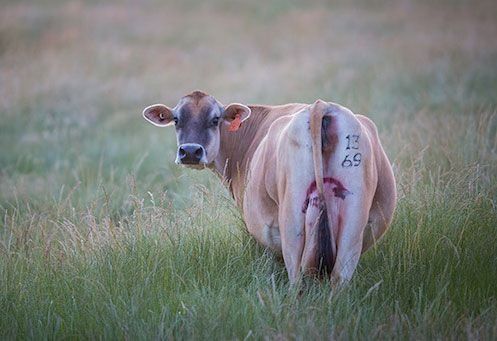 Another proof of the intelligent behavior of farm animals was the story of the cow Clarabel from Australia. Clarabel spent 8 years on a dairy farm, and then when she began to give less milk, she was sent to the slaughterhouse. However, the cow was rescued by animal rights activists, who took her to the Edgar’s Mission Farm, located near the city of Lansfield.

Soon the farm staff noticed that Clarabel was pregnant. However, when the expected date of delivery passed, and the calf did not appear, they became worried. The girl caring for the cows noticed that Clarabel has been behaving strangely in recent days: she is not in a hurry to the feeder with food and constantly looks around, and her udder looks swollen. The girl decided that the cow must have already given birth and decided to look for a calf. She had to go around the entire farm before she could find what she was looking for in a small forest in the tall grass. 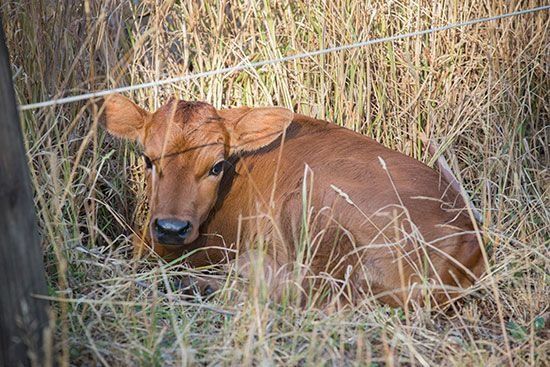 But it wasn’t a newborn baby, the calf was already a few days old. He was clean, dry and well-fed- it was clear that his mother came to lick and feed him.

The girl helped the calf get back on its feet, and he immediately ran in search of his mother. Their touching meeting was filmed: Clarabel licks her baby, and he sucks milk , apparently hungry.

Hearing the girl’s story, the farm workers almost cried – they knew why the cow did this. In order for cows to give more milk, on dairy farms they are fertilized annually, and newborn calves are immediately taken away. Bulls are most often sent for meat, and heifers are waiting for the fate of their mothers. Clarabel remembered her lost children, and she really wanted to keep her last daughter, because cows continue to take care of calves for several months, until the babies begin to eat on their own and feel that they are ready for an independent life. 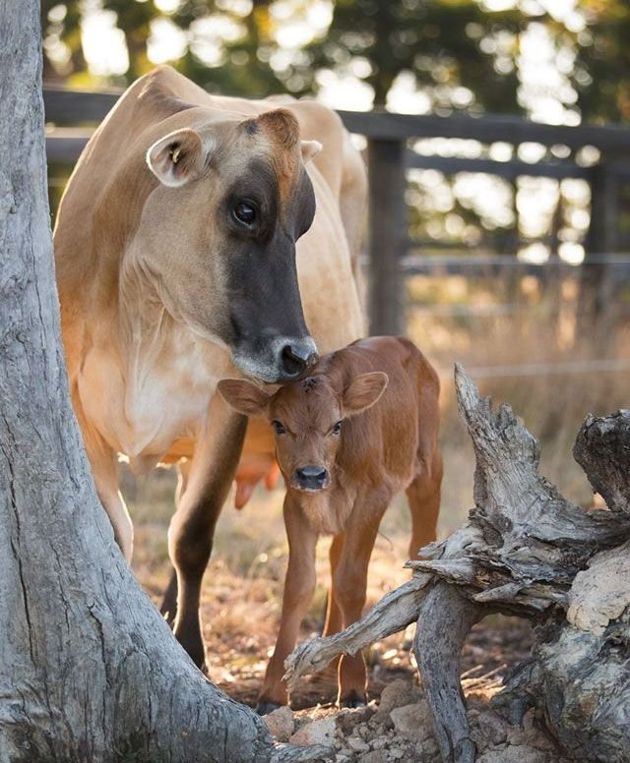 Since baby Clarabel was found on Valentine’s Day, the heifer was given the name Valentine. People were very sympathetic to Clarabelle and told her that Valentina would stay on the farm for the rest of her life.

It is not known whether the cow understood them, but since that day for 6 years Clarabel and Valentina have been walking around the farm together. And although Valentina has long been an adult, the mother continues to take care of her like a child.